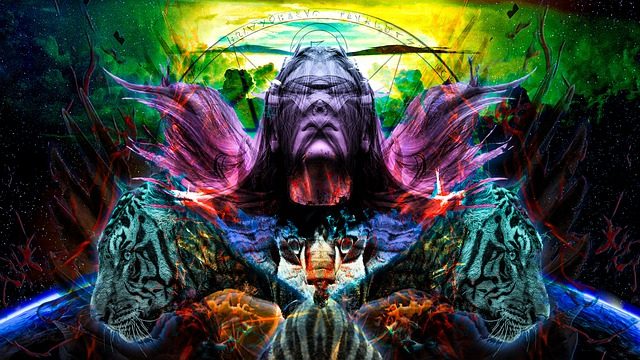 It seems that psychedelic drugs like LSD as subject of scientific discussions has returned. Dr. Rick Strasman and Rick Doblin scientists have put great effort into this matter. The main questions are the potential benefits of such chemicals. Some scientists assume that psychedelic drugs can help treat patients suffering from cancer, obsessive-compulsive disorder, post-traumatic stress disorder, drug/alcohol addiction and depression.

One of its benefit is to reduce the pain that causes suffering to patients when they are dying. A study, published in 2008 by the conduction of Charles Grob psychiatrist claims that psychedelic drugs like LSD, psylocibin and magical mushroom are safe to use to stop pain during lethal illnesses.

But what happens when someone takes drugs during dying? This is a very controversial question and scientists have different opinions on this. Another problem is to conduct an experiment on this matter: getting permissions from DEA and FDA can be extremely difficult and scientist should wait years until they get the necessary permissions.

But there had already been experiments on this topic before Nixon launched his strict laws agains drugs. Aldous Huxley was one of the users of these drugs. He was known as a writer and philosopher. One of his famous work was Brave New World, a sci-fi story. During his life he wrote nearly 50 books. He established the genre of sci-fi which started to bloom after the publication of his book. He moved to the US in the late 1930 with his wife and with his son. He helped Hollywood to write screenplays which made him rich and he supported Jewish people so that they could leave Nazi Germany. Later, he became interested in mysticism and esoterism.

He became a mescaline consumer in the 1950?s and he was always fascinated by their spiritual state inducing effect. The drug had an immerse effect on his creativity. He summarised his experiences in his philosohical essay titled The Doors of Perception. He encouraged other people to try LSD as well in order to open up closed doors or to recall buried memories to get a better understanding of themselves.

Some of his other books were inspired by these drugs. However, he was not able to follow his success because he died of laryngeal cancer. What is interesting here is the fact that he died on the same day when John F. Kennedy got killed in Dallas.

After becoming bed bound, his caretaker was his second wife, Laura and her friend, Jinny. His first wife also died of cancer in 1955 and he was near her all the long, helping her to find her true spiritual state at the moment of her death. He tried to put her into a hypnotic trance getting her to remember her happiest moments of her life. After her death, he decided to replace mescaline with LSD which proved to be more powerful and boosted his creativity enormously. He claimed that LSD was the chemical which helped him to understand himself and the Universe. This way, he introduced new possibilities for writers and artists.

His last novel was called Island, written in 1962. It was about an utopistic society on Pala, an island of Indonesia. In this island, the government provided a drug for the inhabitants which kept them satisfied and creative. The people in Pala lived in harmony.

In opposition to New Brave World, where people get drugs in order to be obedient and be under mind control, in Island people take drugs for enjoyment.

This book was influenced by Hindu religion and was influential on New Age Movement.

When the time was near, he was unable to speak and he asked his wife to inject 100 microgram LSD intramuscularly. After a while his wife injected another shot in case the previous dose wore off. There was a doctor in the other room at this moment, who was delivering the news of the murder of John F. Kennedy. By this time Huxley showed a great relief which was caused by the LSD.

During his dying, his wife was staying with him, near the bed, holding his hands. She was trying to direct him towards the Light. In the last minutes he still moved his hands signalling that he was conscious. Then he let the final air out?

His second wife always encouraged him to do experiments on the drug for they both agreed on its positive effects on the soul and its contribution to alleviating pain and causing warm, loving feelings.

Having been said that there are terrible physical signs of dying, his wife was a bit nervous; however, nothing happened. His husband passed away calmly and peacefully. She even thought that the breathing in the last hour was just a biological reflex of his body since it had been doing it for 69 years. She did not even experience the moment when the spirit left the body. The fact that Huxley?s death was so calm was confirmed not only by his wife but by the doctor and the nurse too. They said that they had never experienced such a peaceful death of patients suffered from cancer.

Later, Laura wrotein her biography about Aldous’ slow and peaceful death sharing more details. As she said the process of dying was like a piece of music.

Because of Kennedy?s assassination his death got less media attention but it still shocked several artists, writers and film producers.

In the following years, there were others who studied the effects of LSD. Kast E. and Collins V. released his study under the name of ‘Study of lysergic acid and dietylamide as an analgestic agent’ in 1964.

They found out that the LSD had a better effect on people dying than average medicines. Furthermore, these people did not suffer from the stress of their illness. They welcomed death and interpreted it an an emotional state. This phenomenon is not typical in modern societies.

When scientists started to examine the emotional effects of LSD rather than its painkiller effect, the DEA banned the research. We can say that we have not improved the situation of dying people since then. There are no legal medicines which have similar effects to LSD; modern medcine does not consider its usage at all.

If we believe in life after death then we should be glad that there are chemicals which can reduce suffering. This way, these drugs make the transition to another existence shorter.

There should be experiments and research on this matter. As we saw, the one of the first psychonaut was Aldous Huxles who believed in the beneficial effect of these chemicals. If he had not been into these drugs, his dying could have been much more painful.