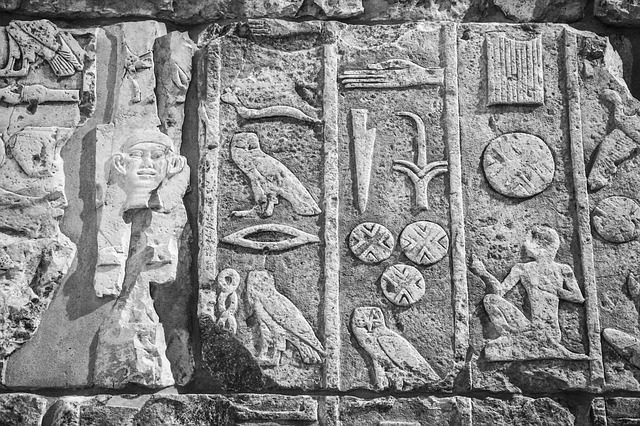 Ancient astronauts, ancient extraterrestrials. They all sounded like part of a fictional story for long but there are more and more who believe they existed and visited us. They are backed up by artefacts found worldwide.

It can not be a coincidence that similar pictographs depicting the same shapes and beings can be found in every culture. But how was it possible for these cultures to depict so similar figures being separated by extremely long distance from each other?

This is not all about pictographs. It is about deep astronomical and mathematical knowledge as well. These cultures were thriving and were connected to their Gods. But what if Gods were extraterrestrials and their presence was a global phenomenon?

There are some tribes in Africa whose members make special dress similar to clothes of astronauts for their dance. Is it another coincidence?

But these spacesuits can be found on other pictographs outside Africa as well: in caves, walls, buildings. It it difficult to say what they really are if they are not astronauts because the similarity is very obvious. For example, there is some kind of humanoid being depicted on a Mayan statue. When scientist took a closer look at it, they saw that the humanoid was wearing a spacesuit and something else: an apparatus with pipes attached to their back looking like an oxygen container.

There were found other interesting artefacts on the tomb of King Pacal. On the walls of the tomb there was a man holding an object which was emitting smoke. Was it a cosmic reference to astronauts? Were the Mayans in connection with another civilization coming from the starts? According to some ancient astronaut theorists the answer is yes because the Mayans could not have such improved technology without the help of aliens. They were much more improved compared to other civilizations in the Earth. But there are other Mayan pictographs showing some kind of ancient engine part of a machine according to theorists which can back up this theory as well. Did extraterrestrials give their technology to our ancestors?

What is sure is that modern era’s society has forgotten this knowledge but there are more people are is trying to find the origin of this knowledge. Will we able to find it before we ruin our planet and die out?

paranomal.hu | Photo by kerttu from Pixabay