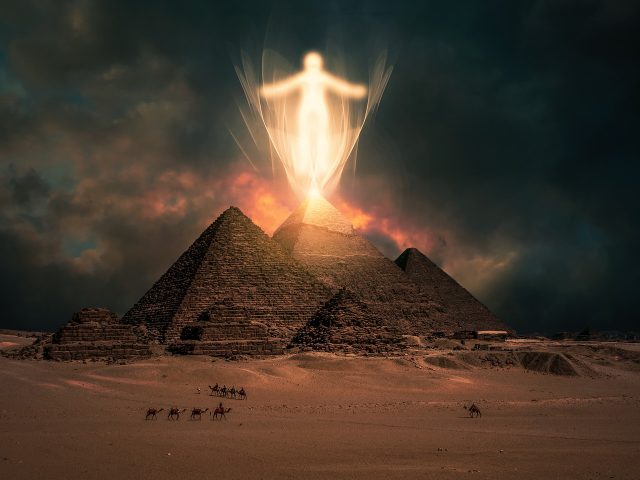 There is no explanation for the disappearance of some ancient cultures: it is often difficult to determine why a certain group of people suddenly vanished in the past. For example, where did the Angkowat civilization or some tribes in Amazonia go?

The answer could be found in their relationship with the cosmos. These ancient cultures tracked the movement of planets and stars, observed constellations but it is not known for scientists where this advanced astronomical knowledge came from. You might ask how we know that they had advanced astronomical knowledge. Well, there is more evidence for this statement. For example, drawings of constellations were found on the different walls in caves and the structure of these constellations was confirmed later by scientists from the 20th century. How possible is it to observe and describe constellations with the naked eye? Or did they use sophisticated technology to examine the sky?

Let us take the tribe Dogon for instance. According to legend, Dogons are the descendants of ancient gods and they were these Gods who gave the glory knowledge to them, including astronomical information. But if it is true, how did Dogons come into contact with these extraterrestrial beings? According to most ancient alien theorists, these beings descended from the skies and they were space travellers. However, some other theorists claim that they were not space travellers but beings from the Afterlife. Some legends talk about portals used by these beings and the dead. Could the Afterlife be the source of the origin of these godly beings instead of the stars?

What is more, not only one but more ancient civilizations talk about such gates. They were supposedly used by pharaohs and kings whose spirit was able to unite with the Universe. It is also theorised that the pyramids may have been gates to the heavens like transportation systems.

Other megaliths around the world like Stonehenge is also assumed to be a portal. Are these gates referred and built by many cultures evidence that our ancestors were in contact with otherworldly beings? Or did they connect locations in our physical world? Could these gates connect continents on Earth or even connect Earth with other galaxies? If this was the case, aliens and people could easily travel between the stars and our planet. But what happened to these stargates, referred by many cultures? How did they disappear?

If we ever found an ancient stargate, would we be able to operate it, or would we need the lost ancient knowledge? One thing is for sure: it seems that we still have to learn a lot from our ancestors.