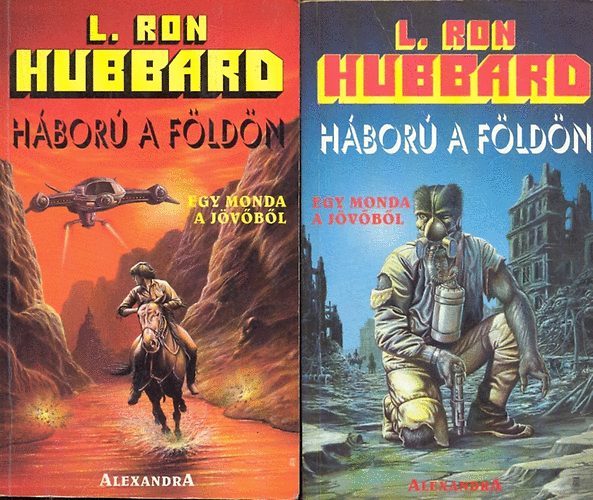 “He joins forces with Carlo, a hunter, but both men are captured by a Psychlo raiding party and transported to a slave camp at the Psychlos’ main base on Earth, a giant dome built over the ruins of Denver, Colorado.”

“After a week of training, the rebels launch a mass uprising against the Psychlos using Harrier jump-jets and other weapons. Carlo sacrifices himself to destroy the dome over Denver, and the Psychlos inside suffocate in Earth’s atmosphere, which they are unable to breathe.”

After Battlefield Earth was published in 1982, L. Ron Hubbard suggested that a film version of the book was in the works. He gave an interview in February 1983 to the Rocky Mountain News in which he told the reporter, “I’ve recently written three screenplays, and some interest has been expressed in Battlefield Earth, so I suppose I’ll be right back in Hollywood one of these days and probably on location in the Denver area for Battlefield Earth when they film it.”[7]

” and British director Ken Annakin were hired to produce a film breakdown,”

” Terl, was erected by Scientology officials on Hollywood Boulevard in 1984 in an effort to promote the production, and auditions were held in Denver. The low-budget project soon collapsed.[11]”

“It is not that I said anything that has not been said before,
what it is , is that this country (….) is going through a major
shift, and nothing is acceptable anymore.
Dark times ahead for this generation to come.”