Home In English Kazakhstan geoglyphs: the mystery of the huge structures 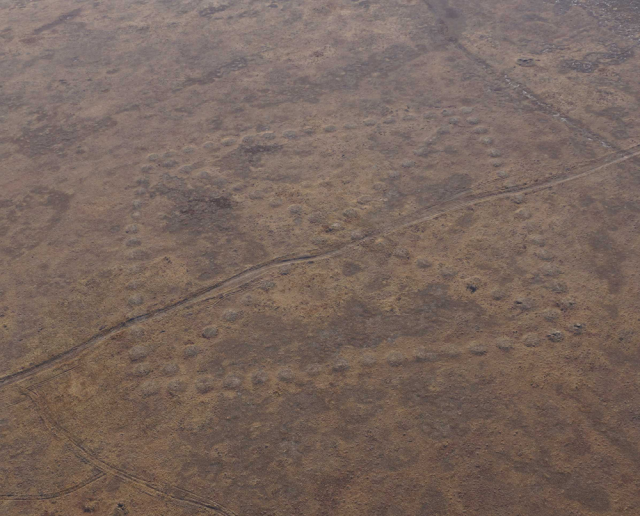 In 2014 discovered unknown structures in by using Google Earth. It was not known what they were or what they were used for until August of 2015. There are geoglyphs different size and shapes: we can find rings, crosses or even squares as well. These structures are different from the Nazca lines though: while the lines were formed by digging, these structures were built up by building mounds.

The main question is who built them. The general view was that these structures are 3000 years old but later research confirmed that they are more than 7000 years old. During this period people in had nomadic life so it is a question why they built this kind of .

Nurgali Arystanov who worked at the Kazakhstan embassy in the US claimed that these structures were as significant as the Egyptian pyramids or Stonehenge. However, the existence of these structures was reported in 2014, they had been discovered earlier by Dmitry Dey, Irina Shevnina and Andrey Logvin in 2007.

The largest form is the Ushtogaysky square: scientists are amazed by its complex structure and shape. Its size is 8 hectars and consists of 101 mounds and 25 barrows.

The theory is that these structures were sacred and they had religious purposes. They were probably used for funeral ceremonies. It was also assumed that these places had belonged to a particular family or tribe. These people could also have been of Hun-Samaritan culture.

It is possible that scientist will find more in this area. However, there are concerns about the condition of this structure: nature and erosion can destroy it gradually. It would be very bad if these remains got destroyed considering the fact that they can tell a lot about this early civilization.

The thing is, nobody knows exactly what is going on in : since it is not in the news, not in the mainstream media, it is hard to tell what the future of these structures will be. Another question is if they can finance excavations. It is not very probable that allocates money to .

Since is not a densely populated country, there may still be hidden remains of other civilizations as well. The existence of these structures to a rich history in that region. If we do not want to the knowledge about this early civilization, it would be better to take care of this site.

Another interesting fact is that nomadic cultures did not use stones for building; these structures, however, were built up by stones. Because Kazakhstan is a huge country, it is possible that we will find more geoglyphs in the area. Nobody thought that this place is so mysterious but the discovery raised questions. So there are lots of things to find.