Home In English Mysterious caves in the USA 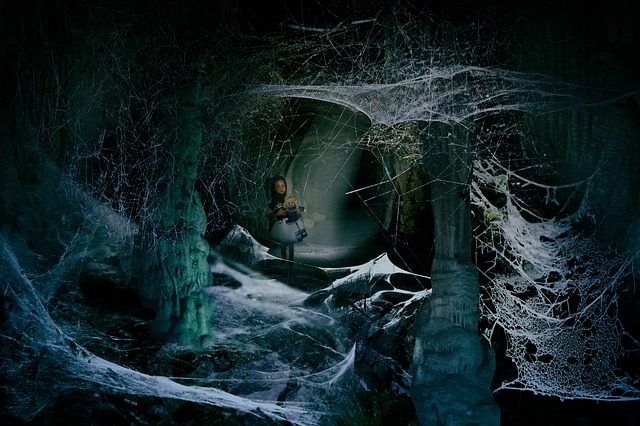 Cemeteries, archeological sites, abandoned hotels, hospitals and asylums are famous for being haunted or being frightening. Not only do these places have such a fame though; there are some caves which have their own sectets as well.

This cave is part of Missouri National Park. It has tall limestones and other amazing natural forms. It also has smaller waterfalls which can be visited by a tour guide. This cave is said to be frightening and fascinating at the same time.

This cave can be found in Kentucky and is the longest cave system on Earth. According to legend, those people who enter this cave, will not be alone.  There was an explorer called Floyd Collins who went into the cave in 1925. but disappeared inside and a rescue team was looking for him. His body was found after two weeks and her family buried it in their garden. Later, his body got stolen and nobody knew who had stolen it. The cave is said to be haunted by the ghost of Floyd Collins himself. You can allegedly hear his screams sometimes.

The Carlsbad Cavern one of the most beautiful cave systems in the world. A huge room, called Big Room can be found here which is as big as two football pitches, its height is 68 meters. You do not need  a tour guide to go down there. A 5 km long path goes down beneath the Chihuahuan Desert where you can marvel at the natural rocks which resemble grapes, statues and pearls.

Not only the rock formations make this cave so special: this cave is the home of hundreds of thousands of bats. The bats leave the cave every night and there are so many that you cannot see the sky for 45 minutes. There are two more special features of this cave: Indians living in the Guadalupe Mountains have long known about the healing power of this cave. There is a lake inside which is inhabited by very strong microorganisms which could heal a lot of diseases, according to scientists. On other hand, there are mysterious pictographs at the entrance of the cave. Nobody has ever deciphered their meaning.

According to legend, a family was terrorised here between 1817 and 1821. At first, the family noticed that a strange animal is lurking around their farm. Then they started hearing noises from the house: knokcking on the walls, noise of shaking key chains, noise of dropping stones. They also heard voices from the nearby forest. Later, their daughter, Betsy got injured by these evil, invisible forces and John Bell died in 1820 in strange circumstances, allegedly poisoned by Kate, one of the daughter of the family.

It is possible to visit the reproduction of the house of the family and you can also visit the cave. Strangely, cameras often do not work at the entrance of the cave or the created photos are too blurry. A lot of visitors have heard their own name to be echoed. It is bad luck to visit the cave, according to some people.