Home In English Odd aircrafts in the sky 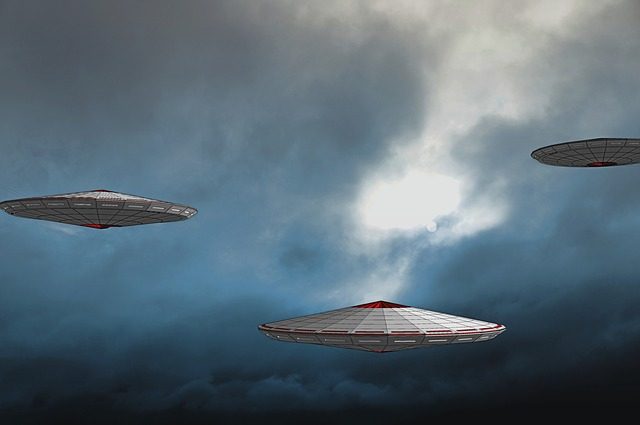 On the 23rd of June in 1967, an experienced pilot, Dick Rankin saw strange flying discs in the sky. The pilot had more than 7000 hours flying time then.

The pilot, who was suffering from a back injury received in an automobile accident, went to Portland to recover and spend the summer there. While he was there, he gave an interview to a local newspaper about what he had seen earlier. When he was having a sunbath, he noticed some silver flying discs over Bakersfield, California. After the observation he hesitated to say anything to the media. While he was watching their strange shape, he came to a conclusion that these objects must have been the new XFSU-1 flying helicopters developed by the navy which were thin enough and had propellers. The navy announced that they had had only one vehicle which had never flown and had never left Connecticut.

The objects were flying at about 6000 meters and their speed could be at about 500 km/h, based on the pilot’s estimation. They were flying towards the but later they changed direction towards the south. However, Dick Rankin considered them XFSU-1, he did not see propellers or wings. Their shape was rounded and there were seven objects in the formation.

After the report, the pilot stayed in Portland for a while. This occasion made the pilot?s holiday more exciting. It is sad, however, that we could not get to know what these objects were exactly.