Home In English Ollantaytambo: gigantic steps to the skies 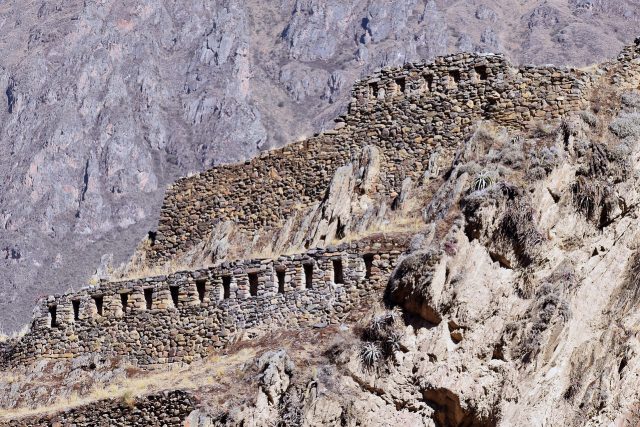 There are many ancient mysteries in the world which are not deeply discussed by mainstream archeologists. Such ruins can be found in Peru which are said to be the evidence for an ancient advanced civilization where giants lived.

These ruins refer to some otherworldly beings lived in our planet thousands of years ago. Some ancient alien theorists say that the scientific exmination of these beings could confuse archeology. There are no bodies of course, but taking ancient tales and legends more seriously could lead to discovering something important.

The Ollantaytambo is an extraordinary place. Not only the structure itself is unique but traces of advanced agriculture and cosmological knowledge was discovered as well. Where did they get this knowledge from?

This structure was made of very massive rocks. According to some theorists, Inkas could not have been so improved to move such extremely heavy rocks. Furthermore, these rocks seem to be fitted on each other by some kind of ultra modern equipment. The pieces of rocks and decorations on their surface remind the observer of laser technology. Because it is only possible to create such decorations on rock surfaces by laser which would not be an easy job to do.

And the most fascinating thing is that some parts of Ollantaytambo are as if they have been built built by giants. One of this stucture is gigantic steps which lead up to the skies. Why was it built? According to mainstream archeology, these steps are just simple platforms. But is it possible that this was a divine pathway for the giant gods who came from the sky? To some ancient astronaut theorists, it is very obvious.

Such enormous structures like this exist in other places as well: think about huge stargates or the pyramids. Could they have also been made by giants? Were these steps and stargates tunnels to their dimension? A tunnel between our and their world?

We hope that these secrets will be revealed one day and humanity will get to know its real history.

Image by Gissell Ramirez from Pixabay