Home In English Our mysterious past 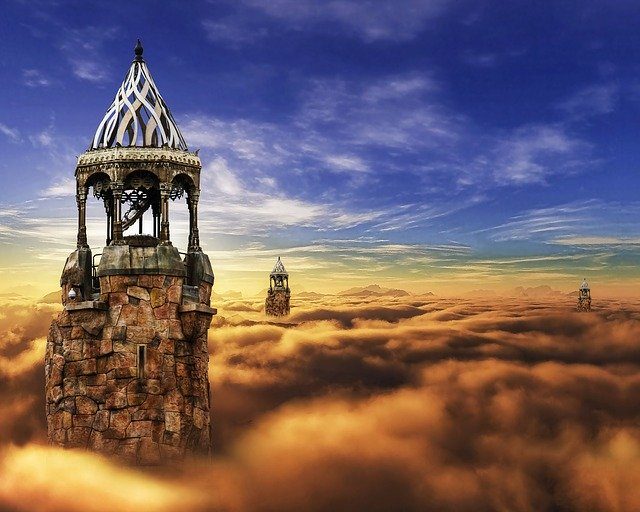 Where do we come from?

There are so many questions concerning our past. One of the most intriguing mystery is why do humans have so many unidentified genes? Why is our distant past so vague and unknown? According to ancient astronaut theorists there are a lot of artefacts, paintings and writings talking about our ancestors being visited by extraterrestrials. In their view our ancestors admired them as Gods. Whoever these Gods were, some believe that they were the ones who created human just as the Bible talks about it.

Is it possible that we are not originated from apes but from something else? It is have not been proved completely that our ancestors were apes. The high number of unknown genes in human genom also make our origin more confusing. Does it mean that it came from an extraterrestrial source? If that is the case, those unknown sequences must be in relation to another, extraterrestrial species. Which means that we are partly from a different planet.

Another mystery is why there is only one human species on Earth. How did the other species disappear and why? They were all part of the ecosystem and all of these species lived together. Was it Homo Sapiens who killed them or was it something else?

Biologists claim that understanding the essence of evolution is easy: the stronger always survives. Still, the development of humanity was strange: how come it is human who got to the top of evolution in spite of the fact that apes had started to use tools much earlier? Why it is not the ape which reached the top?

Apes are so smart and so skillful as well that they should have reached a higher level of intelligenece, just like humans. But for some reason, this is not the case.

What evolution says here is that apes should be much improved than human. But what we can see is that we are much more intelligent, cleverer and skillful than apes. Apes are still on the same level where they were before and they have never improved. Is there something special in our genes which makes us possible to jump from one level of the evolution to another one?

But it is not only apes who do not improve: there are dolphins as well. Their intelligence and brain capaity is also high but they are not on the same level as humans. What is more, they are still there where they were millions of years ago.

The reason why we became hairless is another mystery. Scientists do not know why exactly we lost our body hair. There are some theories on this question. One says that we lost our hair because we started to wear clothes so hair was not necessary anymore. Based on another theory, women did not find men attractive enough and men were forced to loose their hair, as part of some kind of sexual adaptation. But thes are just theories, none of them are proved. The fact that we lost our hair is unexplained. These theories are not satisfying.

In addition, it does not make any sense. Why would humans loose their hair just to make clothes? Is not more practical to keep it?

The key is in our genes?

The fact that we improved so fast in a relatively short time proves that our genom was modified. There ae sequences in our genes which appeared about 80.000 years ago and their features is unnatural, according to some researchers.

Subsequently, a lot of people think that the answers are in our genes. But what was the reason behind this modification? For what purpose? According to ancient alien theorists, these are signs that we were created. We do have some relationship with apes but we have more relationship with another, much more intelligent species: our creators. It is possible that aliens modified the genes of apes and they made an ape-alien hybrid. This is how we were made, as some people think.

They chose apes because their genes were probably a bit similar to theirs. This way, they could produce a new species in short time: the human.

But who were these creators? Based on ancient descriptions, they were the Annunakis. They chose our planet for some reason. They may have needed our raw materials and they used humanity for mining.

They needed somebody who dug and bring up resources from the depth of the ground. According to this train of thoughts, Annunakis were not a positive species: they took the resources while using humanity as slaves.

Not only our genes were the only ones which improved really fast: the size of our brain and its capacity also improved in a very short time. It became more detailed, more intelligent, it had more functions. It has however a drawback: humans became too smart, too clever which could be a threat to Annunakis.  According to ancient texts, human started to rebel against their creators. There were more and more conflicts which led to a global war.

How the war ended, its traces can be found at some archeological sites: more atomic bombs exploded to destroy humanity or just part of it. Descriptions, radioactive debris, rocks are considered as evidence for this disastrous event.

According to ancient alien theorists there were several other extraterrestrial races as well which allied with humans fighting the Annunakis, fighting for Earth. Is it possible that the war-like events in ancient Indian texts are connected to these suppositions? If there was a huge war, its scenes must have taken place in the outer space, in the air and on the ground. The atomic bomb mentioned above could have been the weapon of the Annunais.

As we often see, science does not take a look into these questions. As if it was afraid of examining the ancient sources talking about a very different history. Why does it rule out the possibility that the pyramids could have been energy producing sources? Or why does ot ignore millions of years old human footprints?

These are all signs that humans had a different past and were not alone. What is more, they were helped and assisted from somewhere else. One day we may realise that we also came from the stars just like them. And that will be the moment when we realise who we are.