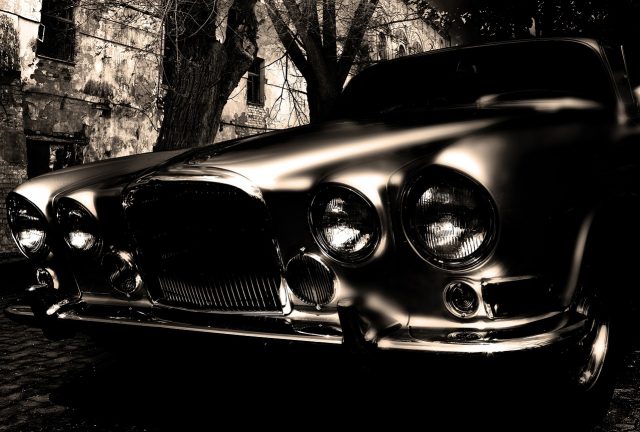 If the soul of the deceased exist, is it possible that objects also have soul? Could objects still exist as ghosts after their annihilation? Take for instance, let’s think about phantom ships which are sometimes seen at the rough sea. If there are phantom ships, can there be phantom cars or trains as well?

Before we elaborate on this topic, let’s clear what a phantom vehicle is. They are objects which are possessed by a spirit or ghost and they all have spiritual powers: they can appear or disappear, or they can go through walls, physics is never in their way. These vehicles have more types. First, there are cars or trains which always appear on the same spot: their drivers or passengers can sometimes be seen as well. Another type of these vehicles appear on the road. Some of them are cars or trucks and their maneuver capabilities are astounding; it seems that physics do not have any effect on them. Now let’s take a look at some weird cases.

Pedestrians noticed a black car in Hawaii in 1982. The car appeared from nowhere then disappeared a few times. Nobody knew where this car had come from. In 1995 a driver looked into the mirror and saw a car from the 1960s behind him. The car disappeared a few seconds later and reappeared in front of him. Its driver seemed to be a young person and he did not look into any directions. As if he had been driving his car unconsciously.

Phantom buses have also been observed. In another case some friends totally freaked out when they noticed a gray bus coming towards them at high speed. Just as it reached them, the bus suddenly disappeared. Another, mysterious bus is said to appear at Landbroke Grove time by time. The bus has the number seven. Research found out that a bus had existed in the area with this number which caused a lot of accidents and it got destroyed during another accident.

A police car pursuited another car near Savannah, Georgia. The car maneouvered on the road incredibly,  contradicting physics. Then it went through a metal barrier without any damage where it kept going until it disappeared into thin air. The video is available on Youtube. The time and date of this case is unknown but people have mulled over it for long. A lot of people believe that the video is real and it was recorded by a police car. There are no signs of video manipulation either. Sadly, the registration numbers are not visible, neither is the driver but it is obviously a white car. There is a moment when the police car passes by it and the shape of the driver is seen for a second but the record is very blurry. Some believe that the reason why we cannot see the driver’s face is that the he is a ghost. Another fact that proves this supposition is that the car was capable of going through the metal barrier without damage.

According to skeptics, the barrier was flexible as it was still moving when the police car stopped next to it. Or it is possible that there was a hole somewhere and the car managed to go through it. The case was so intriguing that it was examined in a show called Fact or Fake. The experts in the show assumed that the bottom of the barrier had not been stable and it could easily open when the car bumped into it, just like a door. By the time the police car arrived at the barrier, it had gone back to its original state. For those who do not find this theory convincing enough support the other idea that it could have been a phantom car.

Or is it possible that we are witnessing time travelling? Could these vehicles come from the past because of unknown changes or errors in the connection of space and time? Hopefully one day we will find something more tangible.

Image by AlexLoban from Pixabay