Home In English Should we revive mammoths? 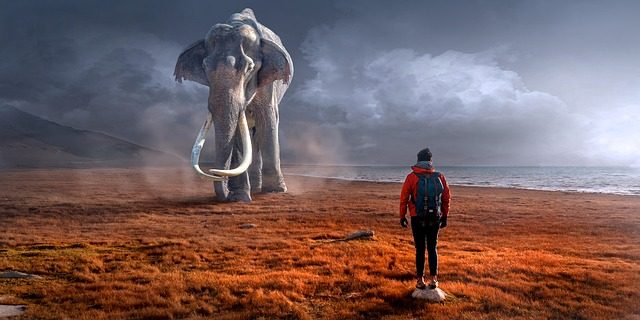 Scientists are divided about the question of cloning mammoths. A DNA sample found in Siberia makes it possible to clone these huge, extinct mammals.

But there are two groups among scientists: some of them support mammoth cloning, some of them are against it. The Siberian DNA sample was in such a good condition that Russian scientist got amazed. Its condition was so excellent that blood was present in muscle tissue.

The sample was analysed by carbon dating technique and scientists determined its age: that animal lived 40000 years ago. Not only was it an important discovery but it raised the possibility of cloning.

The discovery took place in May 2013. It was a 3 meters tall female, not much larger than an Asian elephant. It was very surprising that her body was well preserved including its limbs. Scientists claimed that she had been in her 50s when she got trapped in a bog and became the victim of predators.

One of the genetics, Insung Hwang said that they had access to a huge amount of DNA samples and these samples were sent to other institutes for further analysis. A well-preserved DNA always instils high hopes when it comes to cloning. One of the main problems with this project was that in order to give birth to a mammoth, Asian elephants were needed to experiment on how the cloning process works out. It was going to be an essential way to know more about this complicated procedure. Since the risk was so high, scientists declined the idea: the experimental elephant would have been in captivity while it would have been suffering. The pregnancy would have taken 22 months and it was not certain that she could give birth to a mammoth baby alive.

The autopsy gave some important information. The rings on her tusk referred to the fact that she had given birth at least nine times. A dental analysis stated that she had not been able to chew her food properly. It explained why they had found small rocks in her gut. Because cloning raises a lot of ethical questions, discussions started and it is not probable that we will know what to do for a while. Bringing a mammoth back to life is a long process both on and ethical side. We will see if we can see mammoths in our life.