Home In English Strange creatures in the fishing net 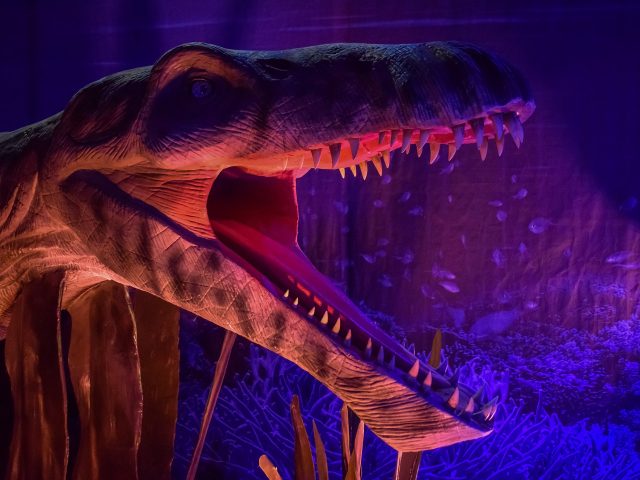 Vast areas in the ocean are still unexplored. We cannot even imagine how many unknown species there can be. What do they look like? How do they live? These are questions yet to be revealed. If we want to know more about this world, we have to dive down, into the dark depth. But sometimes the depth comes up to us.

In May 2016, an unidentified creature was caught in Zhejiang Province, China. When the fisherman took a look at the animal, he first thought that it could be a crocodile or an alligator but its skin was too smooth to be that. It more similar to the skin of a dolphin or whale. Nevertheless, it was already dead when caught. Professionals examined the photos taken of the animal and they agreed that this animal could be a type of beaked whale but a younger one. However, the identification was a bit unsure because the body was already too decayed and this type of animal does not live in that area. Beaked whales live deep under the surface and they use echolocation to find food because there is no light in the depht. Sometimes they go up to the surface to get some air.

Sometimes there are peculir things caught in the fishing net. Sometimes we cannot decide whether they are some kind of monsters or aliens. This was the case in The Philippines in May, 2017. A big fih was caught but there was something very odd about it: its skin was tatood just like human’s: different shapes and forms covered the skin. Above ther shapes and forms were an unknown inscription. It made local people surprised and they gathered around the the trange creature to take a look at it. The skin of the fish was bright and the tatoo was blue which raised some unnerving questions: was it alive when it was being done on it or was it already dead? The news reached the local press as well; people started to figure out what could have happened. Some people thought that the fish could have been still small when somebody put the tattoo on it, then threw it back to the sea. Others thought that the fish had already been dead when it was being tattooed. However, this statement was contradicted by the fact that the condition of the skin was good; which means that it must have recovered. There was also another theory which said that it was not a tattoo but dirt caused by pollution. Or is it possible that some kind of paranormal phenomenon happened to the fish?

There was something else caught in the net in September, 2017. The creature which was caught by a fisherman near the coast of Mexico could not be identified and some people thought that it had extraterestrial origin or could be some kind of mutant. The skin of the fish was pink and was not covered by scales. What is more, according to the fisherman, when he touched the animal it felt like human skin. The colour of the eyes of the fish was a mixture of black and green. It had tiny and sharp teeth and the shape of the fish differed a lot from other types of fish. The fisherman had no idea what he had caught and uploded some photos to the Internet and people got shocked. None the biologists or scientists could say what the creature could have been because none of them had ever seen such like that. The possibility that it could have been a mutant was explained by the nuclear disaster in Fukushima. But if this fish was not alien or a mutant animal, is it possible that a totally unknown, new species?

In September 2019, a fisherman was fishing near the island of Andoya in Norway when he caught something. He got shocked when he saw the alien-look creature with its huge eyes. The fisherman, Oscar Lundahl got so startled, that he almost jumped out of his boat. He was trying to catch blue halibut. Later, the creature was identified as ratfish which lives in deep water. This type of fish is very rare in that area so he could consider himself lucky. He also got what he was looking for that day: two halibuts were also caught in his net. You might ask what happened to the ratfish. Because Oscar did not want to waste it, he took it home and fried it. According to him, it was really tasty, better than cod.

As we see, our planet is full of less known creatures and it is probable that there is a lot more to explore in the depth than we think.