Home In English Sumerians and extraterestrials 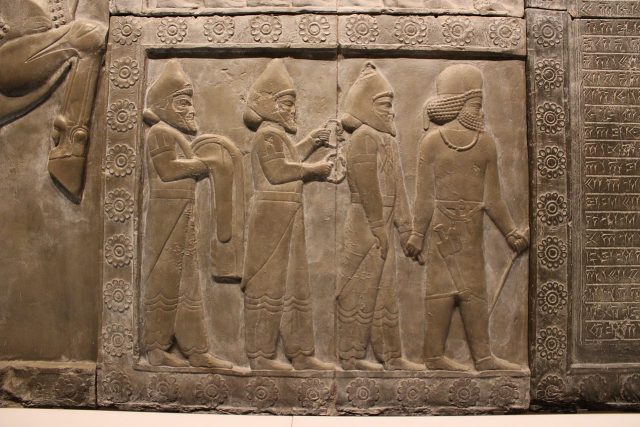 The world is full of unexplained archeological findings. According to ancient astronaut theorists, some of them show that we were not alone in the past. Based on certain interpretations, the development of our race was helped by extraterrestrials long time ago. For example, think of the legend of Prometheus and the fire. Could Prometheus be an extraterrestrial with his fire symbolising his power? Or could it be the symbol of a technology given to humanity?

Some believe that the earliest visitations happened during the Sumerian era. They influenced our society and aliens later became part of our society. They were said to take the shape of humans, making it impossible to make a difference between them and us. They are also said to be present among us today as well.

But to take a more specific example, one of the sources is about an ancient city called Al-Ubaid which talks about the locals and their connection with extraterrestrials. What is more, not only this ancient text but several statues depict Gods who are thought to be aliens. Since they were much more developed than us, people could believe that they had divine powers. As a result, they were highly respected.

Many artefacts were found from the Ubaid era between 6500 and 3800 BC and they also  refer to beings from the sky. Annunakis are believed to be kings during that period but this theory is not accepted by mainstream archeologist.

With aliens or without them, Ubaid culture was influential: their technology including agriculture and economy was much more developed than the technology of other cultures at that time. Something or someone must have helped them.

For instance, their sewage system was so improved that archeologists still argue how they managed to build such a developed structure. And the strange thing is that the improvement of their technology was not gradual: they just started to build these structures out of the blue. It was like a sudden decision saying “ok, let’s cultivate fields, let’s build complex buildings”.

What do ancient astronaut theorists say? That it was the influence of alien technology and these structures were built up based on their instructions.

So if you think about our modern days, it is possible that you could not even read this article from your computer screen without them meaning that they were the ones who showed us the way to modern inventions as well.

Image by Mariusz Matuszewski from Pixabay