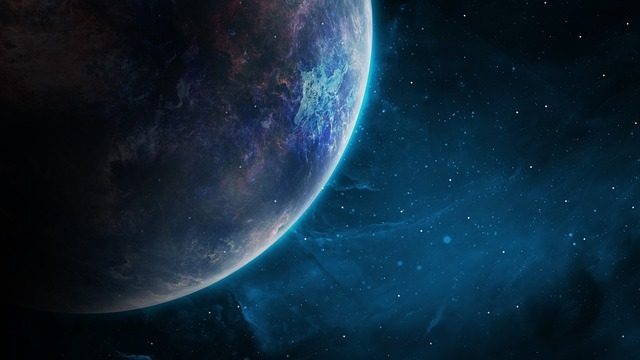 Earth is different from other planets: it has life. Most planets in the Universe are not habitable. Either their temperature or tectonic features are not suitable for life. However, even if a planet in the habitable zone, interstellar radiation often destroys its atmosphere. This fact reduces the number of possible candidates for life. Technology, , gives new hopes: the more improved it is, the more profound it is to find life.

We can see farther now than we could see a few years ago. But what if there are other ways of new life than mere biology or accident? What if the technology itself is able to produce life on untouched planets? If aliens are far ahead of us then is it possible that they can create with their advanced technology? In this case, we do not have to wait for evolution to create life and make certain cell replications. They can create life in a few years instead. This is where we can talk about the term terraforming. This is a process during which we are turning a lifeless planet into a habitable planet.

The question is when comes the technology which is able to do such huge reforming. There are people who imagine Mars a friendly warm planet with the red sky; the Venus cooled down, forests and towns on its surface. The Moon with atmosphere and idyllic landscape. But we should not think about magic; this will not be magic. Just technology. Geography, climate science, chemistry and physics will help us to make a planet alive. We need to consider though that different transformation methods are needed for each planet. Let us take Venus as an example: this is an extremely hot planet. If we got into its surface the high temperature and steams would peel the flesh off our body. Some of our organs would explode because of the heat. These conditions would be unbearable. This is the moment when we call for technology: algae produced in genetic laboratories could make carbon dioxide. Artificial clouds drifting in the sky would produce oxygen. As for oceans, we could hire hydrogen from asteroids to create water. After a century, humans could walk on this planet: some parts would remind us of the Bahamas. Other parts would remind us of the southern part of Chile.

A lot of people have already imagined Mars a habitable settlement. Is it really possible to turn this planet into a wonderful, living planet? Or does it exist in our fantasy?

Other than Venus, there are other problems with Mars. It is so cold there that we could not live for long. It is not the cold that would cause trouble though: this planet has such a thin air that it hardly contains oxygen. We could not breathe and die soon. Another problem is the lack of water. We should melt glaciers on Mars to get water. If it is not enough, we should get more water from asteroids. Life could be produced in areas where water is present. Meanwhile, we are melting water, we should also warm the planet up by sunlight. We could use gigantic mirrors in the puter space to reflect sunlight to the surface of the Mars until it gets warmer. We should keep warming up the planet until living there feels comfortable. Keeping the sunlight in the atmosphere, we need the greenhouse effect. This could be made even artificially until the atmosphere gets thicker The warmer the planet is, the thicker its atmosphere is.

The soil on Mars already consists of a great amount of carbon dioxide. By heating the surface, this material would be being released. But we still do not know the distribution of carbon dioxide, water and nitrogen on Mars. It is also uncertain, how much carbon dioxide there is under the surface of the planet.

The Moon is a barren planet. It needs , water and vegetation to make it habitable. Io, on the other hand, one of the moons of Jupiter, differs from our Moon a lot: its vulcanos heating the planet all the time, so the temperature here is less problematic. But there is a problem with the lack of oxygen which should be made up. Water is also needed to be imported from its icy neighbours: from Ganymedes or Callisto. The high amount of sulphur in its atmosphere should be removed and buried. But it is even possible that there is already a carbon-sulphur based life under the crust of Io.

If there are not many habitable planets in the Universe, advanced civilizations need to terraform a planet. They need to choose a planet, not too far and not too close to its Sun then start transforming it. They have to deal with radiation as well: harmful rays coming from the galaxy have to be stopped before they reach the surface of the planet. It is even possible, however, that alien civilizations have failed many times in terraforming planets: a lot of spots in the Universe that we see may have been places of failed experiments. These are cases when their technology could not make a planet habitable. Or they do not use their technology for terraforming but they invest effort in wars, leaving planets barren. We have not seen the signs of alien civilizations of utilizing planets but it does not mean that we will not. If they have already reached a very high technological level, they could have wandered very far from their original place.

Before we start thinking about terraforming other planets, we should do experiments here on Earth, protecting our planet from artificial and natural dangers as well. But there are some experts who claim that our panet was terraformed by other civilizations in the past. If this is the case, then here is the evidence for the technology that makes terraforming possible.