Home In English The difficulties of UFO research 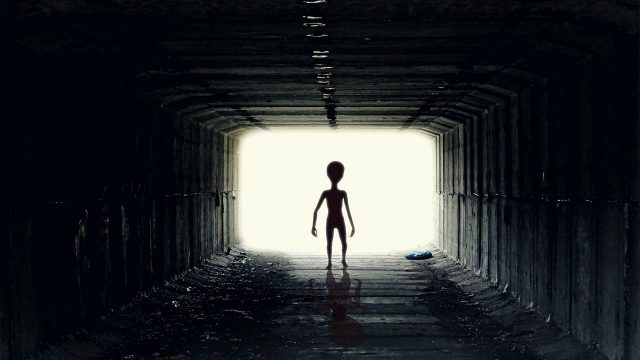 The problem of the questions surrounding UFOs has got a lot of attention in the past decades. These objects are often called as flying saucers over the years which has nothing to secure a more objective definition from the press and public. Many people who have seen UFOs, added some personal explanation to these phenomena, but there is a big lack of important data, the gradual accumulation which unquestionably and ultimately could answer the question of these anomalies. Based on a lot of events and reports, the Air Force has consistently been careful with the topic of UFO enigma.

As we see it is a very mysterious topic and it serves a good base to find explanations to the questions how many and which UFO cases are hidden by the Air Force.

A promising way of investigating this phenomenon could be to analyse documents and events connected to the UFO sightings during the history. First of all, the relatively simple question must be pointed out: what is the real, present view of the Air Force and governments? Are there people behind the government who take these phenomena seriously? And approximately how many UFO reports have been received by the Air Force?

I have already analysed a lot of documents and reports and I often focused on two particular viewpoints: the first is the view of the observer and the second one was the viewpoint of the press. It is essential to check what he or she said and describe the phenomenon and the circumstances. On the other hand, I consider the analysis of official reports also important because we can compare it to the witness report. How consistent are they? In the end, we can come to conclusions and add our personal opinion to the cases. It is important to determine how accurate the official reports released by the government or Air Force are.

If somebody wants to find out more about this otherwordly topic, they have to have the motivation for searching for and reading reports on sights and cases. Most of us do not have to worry about the lack of this motive, though: we all have a curious nature and are attracted to mysterious things.

UFOs, in particular, are interesting subjects to anyone. Not only is this topic interesting but exciting as well. However, there are many controversies regarding UFOs, often between official reports and witness reports which is another challenge to researchers.

The Air Force has probably played a dominant role in shaping the opinion on the world of UFOs. Nonetheless, many feel their reports are misleading and contradictory; their opinion is periodically accepting or refusing the existence of UFOs. Unfortunately, they do not always cooperate with eyewitnesses and do not always sufficient information for research.

During the history, the most profound flying saucer investigation effort was the Project Blue Book. Edward Ruppelt, the former chief of Project Blue Book and probably one of the top officer responsible for analysing these phenomena in the United States has repeatedly stated that nearly 27% of the reports cannot be explained.

All available data were included in this study which was conducted by a panel of scientists both in and out of the Air Force. Based on this study, it is believed that all the unidentified aerial objects could have been explained if more complete observational data had been available. The reported aerial objects remain unexplained and little information exist other than the impressions of their observers.

Fortunately, however, there is some scientific analysis as well. In my opinion, it is important to study UFO sightings with advanced technological equipment and a range of present-day scientific knowledge. This is why it is essential to consider not only our personal views but also scientific views if we decide to look into a case. Scientific opinions really matter and help us to build up an accurate explanation.

So how to start our own investigation? The best start is perhaps studying witness reports first. Since there are thousands out there, it is easy to pick one.

Image by Pawel86 from Pixabay.