Home In English The disappearance of Amelia Earhart 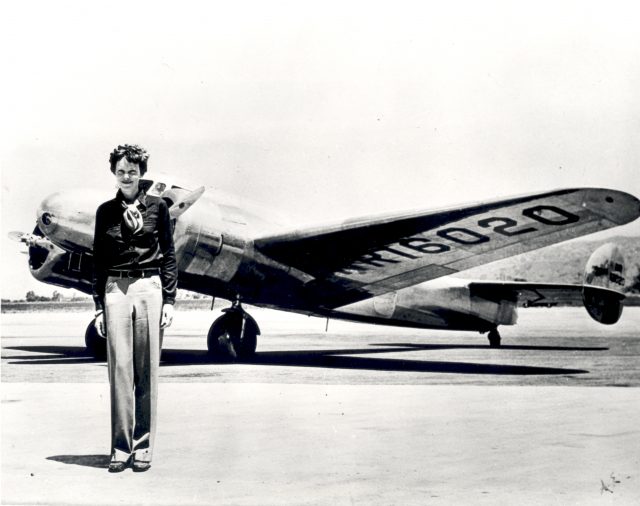 1937 is famous year for one of the most mysterious disappearance. It was a baffling and inexplicable story which was followed up by many people but nobody could ever explain what had happened. Years passed by and the hope started to dissipate after serious attempts to find the answers.

The death of Amelie Earhart is surrounded by mysteries. She was a pilot who wanted to fly around the world but her airplane vanished and has never been found. She was the first female pilot who made the first transatlantic flight in 1928.

She and her navigator Fred Noonan took off in Miami on the 1st of June, 1937. They started to fly towards south east. They flew to Brazil and turned towards Senegal. They arrived at New Guinea on 28 June. Then they continued their flight to Howland Island which can be found in the middle of the Pacific Ocean. She had some contacted the island on the radio a few times in one occasion to inquiring about weather in that area. Later, she complained about the low fuel level and no more news was heard of her anymore.

The Government spent millions on finding her but the research was unsuccessful. She was pronounced dead on the 5th of January, 1939.

There was a breakthrough in the case on the 8th of March, 2018 when human remains were found on Nikumaroro Island which is located 560 km from the Howland Island to south east. Besides the bones, female shoes and a bottle of Bénédictine was found – her favourite drink.

However, antropologist  D. W. Hoodles stated that the remains had belonged to a male. Later, Richard Jantz also (University of Tennessee) analysed the remains. His results were surprising: the bones turned out to be part of a female instead of a male as Hoodles had stated before.

As long as we do not know who this person was the mystery is still unsolved.