Home In English The Inner Earth and Maya civilization 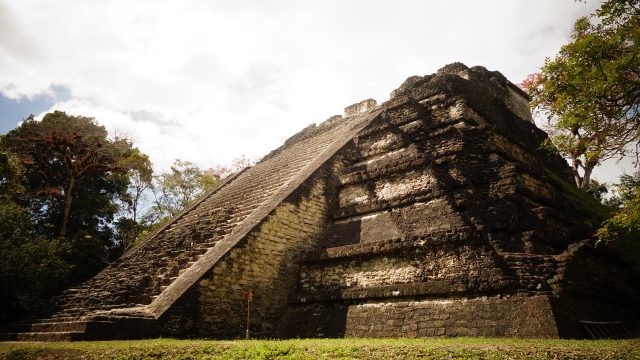 Some people believe that ancient caves could hide secrets of our lost past. Revealing these secrets could change our world. One of these caves is the one that can be found in Mexico which was once utilised by the Maya civilization.

Archaeologists have found everyday items made of gold in the cave. However, there were some more peculiar findings like the remains of elephants as well. The mainstream theory suggests that animals and people came to this cave to find water but they did not locate the way out and they died there.

The alternate theory suggests that these findings were evidence for a civilization which lives in Inner Earth and this cave could have been the entrance to this world. The fact that items and artefacts were found in the cave proves that people came here for some reason, which could be that they were looking for something. There are ancient texts about armies which came here but never returned. Were they looking for Agartha, the Inner Earth civilization?

This theory also claims that the members of Maya civilization went to this cave to join the Agarthan civilization. Could it be the explanation for the disappearance of the Mayas? It is believed that this mysterious underwater Maya caves could lead us to the Inner Earth, which is often referred to as Agartha.

Could the explanation for the advanced Maya technology be the Inner Earth? Scientist agree that the Maya excelled at mathematics and astronomy. Some believe that the origin of this knowledge came from underground.

According to some researchers, these caves under the ancient Maya cities are deep enough to lead to the Inner Earth. What is more, the notorious Adolf Hitler himself also believed in the existence of the Inner Earth and believed that having access to this world, they would obtain highly advanced technology which could help them to take over the world.

Is it possible that aim of their expedition at Antarctica was to find the Inner Earth? The place which was known for the Mayans as well?

One day perhaps somebody will find the entrance and discover this place. Provided he comes back alive.

Image by sisterlmonkey0 on Pixabay