Home In English The secret of the cemetery 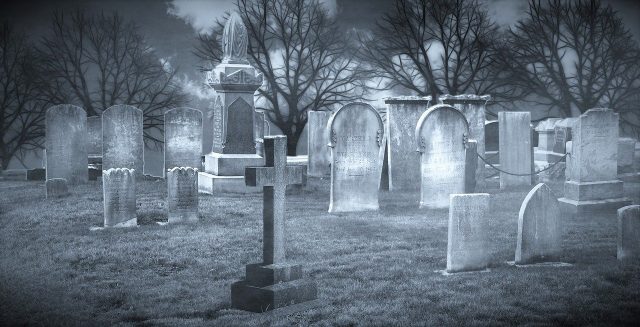 When we hear the word UFO disaster, the first thing that crosses our mind is Roswell 1947. However, there were other UFO cases preceding 1947. For example, a strange flying object fell onto a small town in Texas. The legend has it that the body of the pilot of this flying vehicle was buried in the local cemetery of Aurora. The authorities however, do not allow anybody to earch for this body. Some people say that this is just fiction to save the town from dying.

Peculiar objects were observed in the sky between 1895 and 1900. These objects were similar to cigar shaped airships and people did not find any explanation to these phenomena. According to Dallas Morning News, one of the UFO crashed into a windmill on 7 April, 1897. The event happened in Aurora and the ranch belonged to the local judge. The locals said that the pilot of the vehicle had not come from Earth. It was also confirmed by an officer from the army. Eventually, the locals gave some respect to this creature and they buried it in the cemetery in line with Christian traditions. There is even a sign commemorating the event.

There is something in the water

As for the vehicle, it was seriously damaged. Some parts were thrown into the well near the windmill, other parts were buried with the body. In 1935, Brawley Oates bought the ranch and he wanted to clean the well to use it as water source. After drinking from it, he developed serious arthritis. He thought that the reason for his infection was the debris in the well. To prevent anybody else to drink from the well, he covered it with a layer of cement in 1957. What could this water contain that caused the disease?

Years later, there were further investigations on the case. A documentum film was made by KDFW TV channel but it did not find evidence for the existence of he body or the parts of the flying object. Texas county considers the story a legend. Or is it possible that they do not want to tell everything? The most investigation was done by Bill Case who worked at MUFON (Mutual UFO Network). He contacted two witnesses: Mary Evans was 15 years old when the accident happened and her parents saw the debris but she was not allowed to get close to the scene. Another witness was Charlie Stephens who was 10 years old at that time. Neither was he allowed to approach the area but he witnessed the smoke leaving the damaged object.

Bill Case started his investigation after questioning the witnesses. He found the sign in the cemetery depicting a UFO like object and something was detected in the ground by metal detectors. The problem was however, that he de did not get permission for exhumation or digging. When he went back to the cemetery, the grave was dug up and a small pipe was standing out from the ground. The metal detectors did not show anything this time. The UFO researcher came to the conclusion that somebody had taken out whatever the ground had hid. Did somebody want to get rid of the evidence to prevent anybody from discovering it?

According to MUFON the evidence at the scene is inconclusive but it did not rule out the possibility of a scam either.

On 19 November 2019, another team went to the scene. The History Channel contacted Tim Oates who is the grandson of Brawley Oates and he allowed the team to examine the water in the well. The test stated that there was nothing unusual with the water exept its very high aluminium content. Debris was not found in the well but they did find a piece of the windmill.

Neither this team did get permission for exhumation but they found nameless grave which was created in the 1890s. A suspicious grave was in a very bad condition. The images of radars and detectors did not say anything about whose grave it was.