Home In English The Theory of Spirits: emotional energy 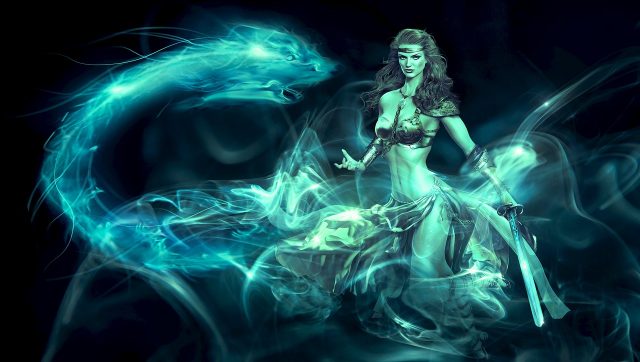 So basically, emotions have power over thoughts. Now, here comes the question: what creates thoughts? You would probably say neurons. Sure, on the physical level. But mentally? What are thoughts loaded with all the time? The answer is they are filled with emotions. I think thoughts need the energy to become physical and this energy is the energy of emotions.

Before thoughts materialise, they are probably waiting for being loaded with emotional energy before going on the way towards the realisation. If you think that you can stop this, even by thinking of stopping the process, you already create chains of events. It is impossible to destroy them because their mere existence breaks into our reality.

When I talk about emotional energy, I refer to an energy field which is responsible for creating thoughts. When thoughts are emotionally intense enough they start becoming physical. This energy is given by emotions. The intensity of emotions determines the power of the thought. Having a lot of emotional energy, the thought will become physical.

This emotional longing generates energy which creates the thought of getting experience. In this case, the mental particle is produced which creates its own reality. The number of possibilities is infinite.

So one tiny mental particle is able to create infinite numbers of worlds.

The more emotions you have when you think about something, the more efficient and powerful those thoughts will be. It is essential to pay attention to what you think of because the materialisation depends on your focus. In our physical reality, however, everything depends on endurance: how long are you able to concentrate on your goals? Nothing happens as soon as you think of something, of course: there is a delay. During the delay, more thoughts are connected to each other to create an event horizon on the physical level to execute the final goal of the original thought. This is like a chain reaction. The more thoughts are connected, the more probable it is that the original thought realises.

But do not think that you can think without emotions. All thoughts have emotions with different intensity. Consciousness always has emotional energy, even doing nothing. But the intensity of emotional energy determines the power of thoughts.

Emotion is energy which creates thought and thoughts create realities and their alternate systems.