Home In English The Theory of Spirits: mental particles 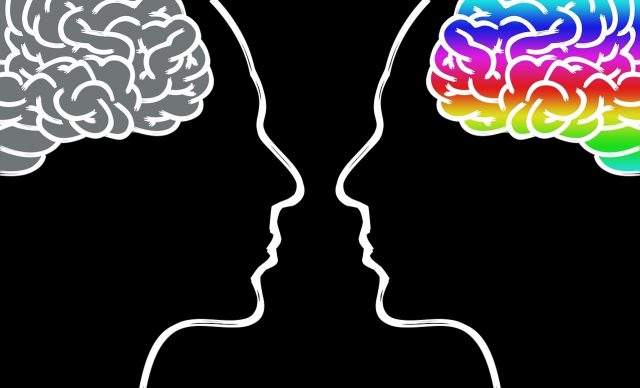 The Greek philosopher, Demokritos assumed that the mind has restless particles which are produced by the motion of our mind. They are distributed around us and they are the condition of life.

Hundreds of years after the philosopher, the existence of atoms was proven and several particles were discovered by physicists. But if there are physical particles, is it possible that there are mental particles as Demokritos said?

I believe thoughts are also made of particles which we can call mental particles for a better understanding. This is basically a mental material which builds up spirits as well. Could it be that mental particles are the basis of matter as well? In yoga, it is always the thought which comes first, then words and words determine our actions. It is true: w because we always think about something: there is no moment without thinking. We cannot think about anything because the presence of thoughts is always there. Thoughts must be capable of creating anything.

So is it possible that everything around us is made of thoughts and emotions? To think about it, just take a look at the objects around you first. Unless you are in a forest or a field, the objects have different shapes and colours, right? And we can also say that they are made of a certain material: plastic, metal, rubber or wood. But these are not primary materials; they are just a physical one. Their look is not the consequence of the design. The look is the consequence of the thoughts of the designer or engineer, so is the design.

Let us say that the designer got instructions from his manager to make a sketch of a table or a chair. The designer has a seat and starts thinking about a possible sketch and he gives it to his manager the next day. The manager holds a meeting and the idea gets accepted. Production starts and the table or chair comes to life. From the thoughts of the designer.

Now let us leave the chair or table behind because it should be true for everything else around us: buildings, cars, mountains, even trees are the products of thoughts.

Ancient Greek, Roman, Egyptian, Chineses, Taoist, Vedic, Muslim, Hindu, and Buddhist cultures and their related belief systems all mention the interaction between thoughts, belief and consciousness and their effects on the physical world.

Phineas Parkhurst Quimby American mentalist also theorised that thoughts have an impact on our health. So it seems that objects in our environment appear first on a mental level and become physical to create their own reality. But what happens tho the thoughts which are not materialised? According to Multiverse Theory, all the choices we played out mentally appear in alternate universes, forming a multiverse. So if they do not appear in our physical world, they continue to exist. As a result, alternate Universes are created by mental particles too. No mental particles cease to exist; they all have their own realities either in our physical or alternate reality.

So our environment seems to be constructed by our thoughts. Our environment is the perfect reflection of our mind and our emotions just like a mirror. Objects in our environment are physical constructions that originated from our thoughts and they exist because there was a demand for their existence. The longing for these objects was the spark for mass production.

Many physicists think that consciousness is a state of matter. But what if it is the other way around just as religions talk about their connection? Because in that case, the matter should be how consciousness expresses itself by means of thoughts.

In the physical world, the matter is billions of united atoms. Atoms interact with each and the final product is matter. What if mental particles act a similar way in order to materialise and become physical particles? Based on this theory, as soon as a mental particle is created, it starts to manifest itself by interacting with other, similar mental particles.

But why would they interact with each other? Well, there is a philosophical assumption called the Law of Attraction. This belief is that positive or negative thoughts bring positive or negative experiences into a person’s life. This way, similar mental particles should attract similar ones. Attraction works permanently and all mental particles create their own realities producing an infinite number of events (the multiverse theory, remember?).

But we can only sense one event of these infinite ones and this is what we call physical reality. Each infinite event creates new worlds which consist of an infinite number of events. Incomprehensible is it not? Anything we think of, it starts working on expressing itself as best as it can. These particles are created on different levels of reality to produce more and more worlds. These realities are all connected to create another, infinite number of realisation.

Everything is built up by thougts. Everything exist on mental level first.

The process of materialisation

One important question is that how do mental particles materialise supposing thy exist? JUst as I mentioned above, they supposedly work as atoms: they need to reach a critical density in order to break into our physical reality. The density determines how much the original thought will materialise. Every tiny movement of the mental particle increases the probability that it will become matter. All movements contribute to realisation and the condition of existence is movement. Movement on the other hand, is a self-triggering process because all movements generate experience.

As soon as the density of thoughts reach a critical level, they break into our reality and become matter. But it needs time and chains of physical events of course.

You cannot expect an elephant to appear in your room by thinking of it. If you have friends at the authorities who owe you a favour, and you bribe a number of administrators in the legal system (and you do not end up in prison), you will have a chance. In the end, when you are washing your giant pet in your garden, remember this: the basis of this moment was your basic thought. It ws the result of your stamina and focus. Your thoughts starts the chain of physical events step by step. All events lay out the road for the next event from the paperwork to legal procedures. You only need to want. Mental particles which do not materialise still continue to exist. They have a different effect on the reality. They often join other similar mental particles and the interaction creates different patterns. Thoughts with weak emotional energy can be boasted by other thoughts with higher emotional energy when they interact. In that case the chance of materialisation will be higher.

So matter, consciousness and thoughts are all connected. It was already recognised thousands of years ago but we do not think about it nowadays. The ancient cultures probably knew more about it than we do.  I am convinced that this this the basis of everything. Everything around us is made of thoughts: what we can see are emotions in physical forms which are generated by thoughts.

I think this physical system is just the surface of the wider reality. Our senses are not capable of detecting what there is ehind the curtain. The physical framework gives a limited sight of the whole reality.