Home In English The universe, wormholes and UFOs 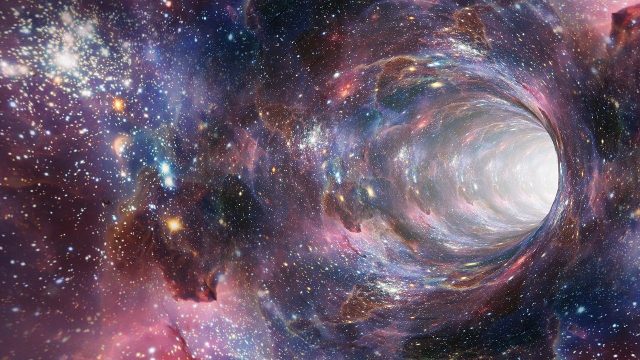 According to many people our world is different from what we think about it. What we see is our individual perspective and the question often arises: can we believe scientific theories on the universe?

There are a lot of unanswered questions. Some physical interactions cannot be explained. For example, we do not know why gravity is so weak compared to the other interactions? What about black holes? We do not know how they work exactly but there are some who believe that not only black holes do exist but white holes.

According to this assumption, the two are connected by a wormhole called Einstein-Rose bridge and it is possible that we live in the middle of this tunnel. What we know is that matter disappears at the event horizon and since the Einstein-Rosen bridge does not determine the direction of time, the reverse of this process could also happen with white holes. As a result, white holes would show continuous explosions as they eject matter every second; matter would appear, contribution to the expansion of the universe.

Going deeper into this theory, the two holes are connected with wormholes and the universe inside them is developing as the matter come into the black hole and leaves from the white hole. The continues wandering of the matter inwards and outwards develops the universe and keep it stable.

It also means that all black holes should have an internal universe which works as a stopover for the matter, leaving it behind as it exits through the white hole.

Could the supermassive black hole in the centre of the universe the entrance of such a wormhole, hiding another universe similar to ours? Some also believe that not only the centre of our galaxy is which contains a black hole but there might be another one in our solar system, behind the Sun. One of the SOHO satellite images is said to show a gigantic cube-shaped object that could have come from a wormhole. This wormhole must be somewhere behind the Sun – according to the assumption.

Another report was made on 11 September 2016, when a UFO researcher discovered an allegedly artificial object in the image taken by SOHO Lasco C2 – which could be another evidence for wormholes in our solar system. UFO researcher Scott C. Waring also backs the theory that UFOs leave our planet through wormholes. But this assumption indicates that wormholes could be generated by the UFO itself, anywhere in the space.

It is highly doubtful that we will know tha answers to these questions soon.

Image by Genty from Pixabay