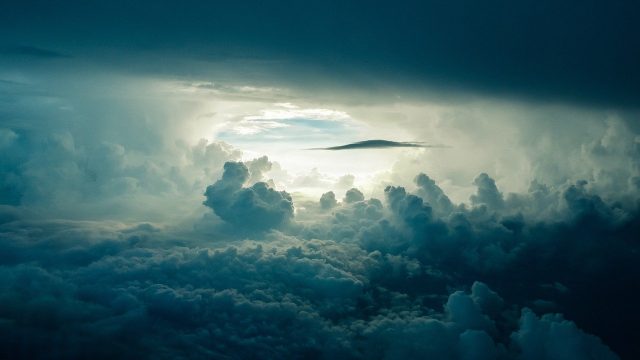 Fish from the sky

A strange thing happened in India in December, 2018. People were scratching their heads after fish had fallen from the sky – just like rain. According to scientists, a natural cause was responsible for this phenomena which was not other than Phetai cyclon. The cyclon had also caused landslides in the region. Witnesses took videos of the phenomenon: in them, a lot of fish can be seen as they are still alive and moving in puddles.

Strong winds sometimes take fish and drop them kilometers away. The same thing can happen to frogs, eels, and other small sea creatures as well. About 100 fish could have fallen from the sky. Their type was also determined, its local name is gidasalu.

Strange object fell from the sky in New Jersey, October 2014. Workers were doing their daily job when they noticed a metal disc fall from the sky. It almost hit someone but fortunately nobody got hurt. Immediately, everybody asked where this object had come from?

The object was a square shaped metal disc, according to the workers the sky was clear and cludless when it fell and it hit the ground just near them. Before it reached the ground it hit a barrier and a petrol container.

The investigation did not answer the main question that where this object came from. According to police, at the time when this object fell, there were no airplanes in the region so it could not be a fallen part of airplanes or helicopters. One of the most popular theory was that the responsible thing could have been a spaceship. But the problem was that the last spaceship flying had taken place three years before the event and it was impossible that its part reached the ground just then. So its origine is still a mystery.

There was another peculiar event witnessed by Steve Hornsby in Bournemouth in January 2012. The sky suddenly became dark, turned yellow and blue spheres started falling from the clouds. Steve and his wife had never seen such phenomenon. They even collected some of these spheres while trying to figure out what they could be. The size of the translucent spheres was not bigger than a marble.

The old aeroplane engineer wa walking towards his garage when the phenomenon occurred. First, he thought that it could not been more than an average storm but after leaving his driveway used as a shelter he saw that there were little blue spheres scattered all around in the grass.

The reason why Steve was going to the garage was to turn up the heating when the sky became dark and took yellow colour. Then there was a short, 20 seconds long hail in the area. He needed to protect himself so he run towads the driveway. The whole phenomena happened very fast. Then he saw those mysterious things.

The bizarre thing was when he put one of his feet onto this object, it disappeared and it did not feel hard. Then he noticed that there had been more spheres around. He was sure that they had not been there before the storm. It was almost impossible to pick them up from the ground because they were jelly like. As a result, he put them into a bottle with a spoon. They also had some kind of husk but they were soft in the inside. And another strange thing was they they fell only into the couple’s garden.

He collected about twenty pieces and he admitted that he had never seen such phemona before even though he was an aeroplane engineer. He thought that a cloud could have sucked in a pollutant chemical, became solid there then fell with the hail.

According to Josie Pegg (University of Bournemouth) these objects could be eggs from invertebrates. But samples were analysed later. They stated that the spheres were not living organisms but did not have extraterestrial origin either. To know what these objects are exactly, further examinations are needed. According to one of the locals, the spheres reminds him of fertilizer spheres sold at the florist.

As we see, there are many strange object which could fall from the sky, making us shocked. Perhaps investigating the background of these phenomena could reveal some secrets of nature. Because we are part of nature but we still do not understand how it works.