Home A múlt rejtélyei Vampires – do they exist? 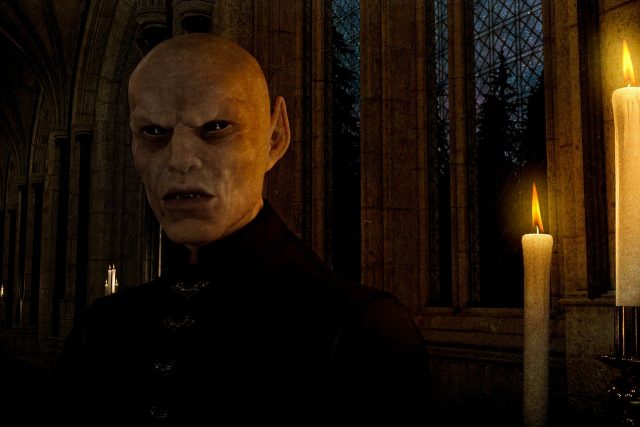 Did or do vampires still exist? What is behind the vampire legends? Is there any basis in reality? It is certain that there is evidence from all over the world that people feared a half-human, half-bat-like creature, against which they used special methods to protect themselves. The answer may lie in the graves that have been discovered across Europe.

Skeletons with injuries indicating that the bodies were pinned to the ground were found in Poland. These remains once were considered vampires. The bodies had been mutilated before burial, and there were signs that people of the time had done their utmost to prevent the dead from crawling out of their graves.

The skeletons, which dated from the 13th and 14th centuries, were found at Górzyca in western Poland.

According to Krzysztof Socha of the Kostrzyń Fortress Museum, the vampires were buried near a bishop’s residence of the time. The Gothic cathedral once stood next to the graves. The cathedral was destroyed in 1325 during the war between King Ulászló I of Poland and Louis I of Brandenburg.

The remains of two of the three skeletons – a woman and a man – showed signs of various mutilations caused by some kind of sharp object. The skeletons had holes in their spines which suggested that the locals had tried to fix the bodies to the ground during burial, probably to prevent them from climbing out of the tombs.

This idea was supported by the fact that the bodies were buried face down. This was believed to have made the devil’s resurrection even more difficult. The knees of the dead were also smashed to prevent the vampires from accidentally rising from their resting place. So it seems that residents in the community may have believed that the body remained dangerous after the woman’s death. The other find, a mutilated and decapitated male skeleton, also showed some signs of torture.

The third remains also displayed indications of fear of vampirism: the 30-35-year-old man was buried with his head pressed between two stones. The man’s spinal column also showed signs of puncturing, presumably in an attempt to anchor his body to the ground. However, the skeleton of this man was relatively intact and healthy. It appeared that the bodies had not been buried in the traditional way. Stones placed in graves were often associated with fear of the supernatural. For example, a brick placed in the mouth was a specific sign of protection against vampires. Nailing to the ground, mutilation and decapitation were also signs of fear of the dead.

More than a hundred similar burials have been discovered in Bulgaria in recent years: one of the most significant graves was in the coastal town of Sozopol, where an iron rod protruded from the chest of a man who lived seven hundred years ago. His final resting place was discovered near the apse of the church, so he was likely to be a nobleman.

Another grave was also found in Plovdiv Bulgaria, in the second-largest city in south-eastern Europe where a person believed to be a vampire was buried. In this area, people buried in this way were thought to be vampires for some reason too, and perhaps not by accident.

The vampire, discovered in Plovdiv was found by Bulgarian archaeologists in a 15th-16th century cemetery. The west-facing skeleton had a brick in its mouth, suggesting that the person was suspected of being a vampire.

Experts have also uncovered a total of 50 burials, unmarked gravestones and a number of iron horseshoes in Plovdiv on the banks of the Marica River. The latter has puzzled archaeologists, as this type of burial was previously unknown in the region. The archaeologists also found coins and Roman pottery vessels.

A popular belief in medieval and early modern Italy, especially in the 15th and 16th centuries, was that a vampire would emerge from the grave, chew off the lids of the dead, suck out their bodily fluids and spread plagues, which the deceased would try to prevent by placing a brick in the mouth.

Italy is also known for having vampire graves. A team of scientists with the leading of Matteo Borrini claimed to have found a female skeleton in a medieval mass grave on the island of Lazzaretto Nuovo in Venice which could be the first victim of the vampire lore. This is suggested by the discovery of a brick in the mouth of the skull, the researcher said.

The skeleton was found in a mass grave dug during the Venetian plague of 1576. When the woman died, it was believed that the plague was spread by vampires who, although they did not drink other people’s blood, after death gnawed the remains of the deceased. The gravediggers, therefore, put bricks in the mouths of the supposed vampires to stop them from gnawing.

Researchers in Brazil have drawn attention to vampire bat populations that have started feeding on human blood.

The vampire bat is a special species of bat. Not only does it have large populations, but it is also very aggressive at times. In addition, it is on the increase due to climate change and is spreading towards the northern areas.

This is worrying because not only have they started to consume it, but they prefer it to the blood of other animals, at least according to recent studies. There is also an increasing number of bat attacks.

They originally fed on chickens and other animals and mammalian blood, but they seem to have taken to our blood. At least, that’s what a team of Brazilian researchers has observed in the populations they studied.

The populations in Catimbu National Park have been shown to have extended their diet to humans. The analysis of bat droppings revealed the presence of enzymes characteristic of human blood cells, which made it clear that the bats had consumed human blood.

These droppings have been proliferating over the last year, leading scientists to believe that the human blood-sucking population is spreading and there could be more of them. It also seems that starvation is not an accidental cause. Rather, it’s as if they’ve acquired a taste for human blood, which could be ominous for the future. Of course, it is premature to say that thousands of people will be sucking the blood of these burgeoning bat populations in the coming decades, but we should be prepared for a regular increase in bat attacks.

Vampires, as we can see, are playing certain roles in our times. But we may also discover species in the future that will lead us to even more real vampires. Let’s wait for the end.