Home Összeesküvés elméletek Could the HAARP program cause serious weather changes on our planet? 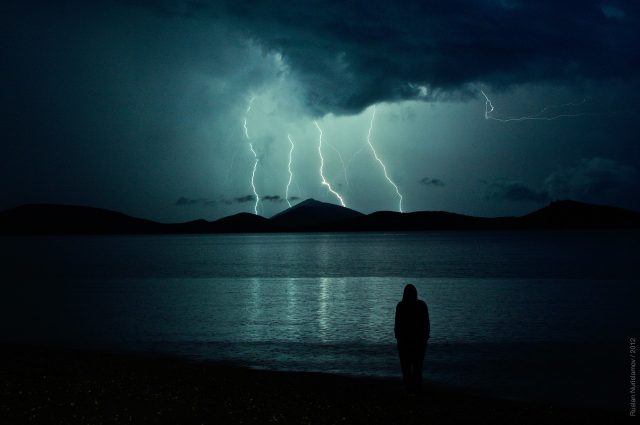 The HAARP program is a scientific project which studies the atmosphere and the weather. The project is partly supported by the DARPA military agency which is also part of the Ministry of Defence.

The base of the project can be found in Alaska, utilising several antennas which are capable of emitting different frequencies causing various atmospheric interactions. But some people believe there is more behind the project than we think: it is believed that the project has the technology to manipulate the weather, the climate and even more, our mind.

There are also rumours about that the base was relocated because too many people started to learn about its existence. It is said that the project is still operating somewhere else.

The HAARP program as a weapon

Can it be the sound of this weaponry system? If this is in fact a weapon, it is capable of causing earthquakes, rainfalls, electric problems as well. Or are these sounds the by-products of weather manipulation? Some people go very far claiming that global warming itself could be the result of HAARP. Well, it is a fact that earthquakes, hurricanes and tornadoes are more and more devastating and they may be the result of global warming, we do not know for sure if global warming itself is triggered artificially. It is difficult to believe that humanity possesses such technology even if it was developed in secret.

It is more and more obvious that something is happening on our planet. Some other people suggest that the mysterious humming, metallic sounds which can be heard worldwide can be caused by the HAARP program. Furthermore, tornadoes are quite frequent nowadays; what is more, 12 tornadoes were observed near Sochi in the near past. The locals say they have never seen anything like that. The magnetosphere is also changing.

Animals have behaved strangely in the past few years. A large number of whales and dolphins die on beaches as if they wanted to commit suicide. Some people believe that irregular solar activities are responsible for this and they lose their navigational capabilities.

There is also a supervolcano in Yellowstone National Park which is expected to erupt in the near future. What is more, according to some scientists, it should have already erupted thousands of years ago.

The HAARP program as mind control

Some scientists believe that the HAARP program can be used as a global mind-control experiment. If that is the case, the military and the government is able to manipulate the masses as the ultimate weapon. We know about cases when people witnessed skyscrapers, cities, buildings and houses taking shapes among clouds. Some people believe that they come from a parallel dimension by the disturbance of space and time but what if they are produced by the HAARP Project as an advanced illusion? Nonetheless, people who witnessed these phenomena panicked and thought that Apocalypse was on the way.

A famous case took place in China a few years ago which reached the public. People witnessed the shapes of a gigantic city in the sky. People could not believe their eyes because the whole phenomena looked like a hovering city in the sky. Some others believed that it was not a city but a castle but nobody knew for sure.

A similar phenomenon was also observed around Zagreb (Croatia) and in other places of Earth resembling a the shape of a city, or a building, emerging from a mysterious fog.

Let us start discussing explanations from the unbelieveable to the scientific ones. Some people think tht these phenomena are glitches in the space and time making it possible to see some parts of a parallel Universe. The opening could be caused by unknown chemical or physical reactions.

Others suggest that this is nothing else than Heaven and God wants to send us messages. Is it possible that God wants to refer to his coming?

Another explanation claims that this is a huge, secret experiment, conducted by NASA or HAARP to see what they can screen to us and to see what the people’s reaction is. Another theory claims that HAARP wants to simulate a religious phenomenon like Jesus’s coming to unite all the religions on Earth.

But there is a more realistic explanation: some belive these phenomena are just natural illusions which ppear under certain environmental circumstances like athmospheric pressure or temperature resulted in mirror mages of cities. But if that is true, how come that some castles or buildings appearing as optical illusions do not exist?

So, if the experiments of HAARP really do exist, how will it end? Nobody knows. But even if this whole theory is nonsense, one thing is sure: humans have always had a tendency to go too far.