Home In English From mysterious civilizations to the Watchers 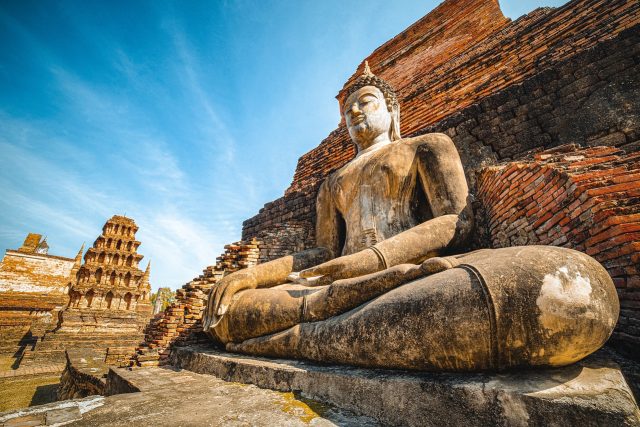 According to some archaeologists, we have only discovered a fraction of the civilisations ever known. Countless civilisations could have lived and existed on Earth of which we are currently unaware. It is probable that there are many aspects of humanity’s past that are not fully understood.

Many historians all agree that the deeper layers of the earth may still hold the remains of cultures that are yet to be discovered.

Who knows, perhaps entire civilisations may have been lost, before or after the dinosaurs, with no traces of them, because the physical evidence of them is buried deep underground?

There are so many shocking findings which are still inexplicable. For example, archaeologists have already found ancient footprints and huge axes and other big objects that suggest giants may have lived on Earth. These findings however are still not recognised by official archaeological science.

If more evidence of these, such as remains, were to be found, it could be a powerful force for further theories and research. It could change everything because the history of the human race would be rewritten.

One of the mysteries concerning our ancient past is about a civilization in the Eastern Mediterranean, an unknown group of people, an advanced civilisation, which appeared in the region towards the end of the Bronze Age.

No one knew much about them, so there were many rumours about where they had come from and why they had settled in the area.

However, the civilisation later collapsed unexpectedly, which no one has been able to explain since.

Archaeologists are still searching for traces of these and similar civilisations, and only time will tell when they find something that could change everything.

According to David Icke UFO researcher, there is much more around us in connection with extraterrestrials than we think.

One of his basic assumptions is that many extraterrestrials are non-physical beings and they exist in a different wavelength not detectable for us.

For example, when we look at a planet, we can see it lifeless, while it might be full of life in a different frequency. The reason why we cannot see it is that life on that particular planet exists in a different dimension.

What we interpret as God could be a creator which also exists in a different dimension. On the other hand, extraterrestrials might be millions of years ahead of us both technologically, both spiritually.

David Icke also considers Earth as a hijacked planet under the control of a far more advanced civilization. There might be other civilizations, however, who visited us many times in the past.

Ancient texts and legends talk about being visiting Earth from the sky. According to David Icke, these beings were extraterrestrials but the man of ancient times interpreted them as gods and these encounters could be the basis for all religions. Both benevolent and malevolent gods belonged to different groups of extraterrestrials.

In the Book of Enoch, the Watchers seem to be aliens. According to the Dead Sea Scrolls, Noah’s father was a Watcher, and Nebuchadnezzar, king of Babylon, who sat on the throne from 651-604 BC, recorded that he was visited by a Watcher and a saint who descended to him from heaven.

What did these ancient, heavenly beings tell the kings? Did they warn them to take care of a better future in the interest of humanity?

The dakas of Mahayana Buddhism are sky-travelling beings, and Padmasambhava, the founder of Tibetan Buddhism, was said to have left Tibet in a celestial chariot. In a similar way, the prophet Elijah and the Central American deity Quetzalcoatl left the Earth.

Descriptions of flying discos, boats and celestial chariots can also be found in cultures from all continents. We still associate heaven with the sky, the place from which the gods of ancient times arrived on their spaceships.

Australia’s aborigines speak of three beings called Janggawul who came from Venus, as did Quetzalcoatl or the Polynesian deity Kahuna.

If we put all these together, we will see that it is difficult to deny the likelihood of a prehistoric visit by extraterrestrials.