Home In English Moses and the burning bush 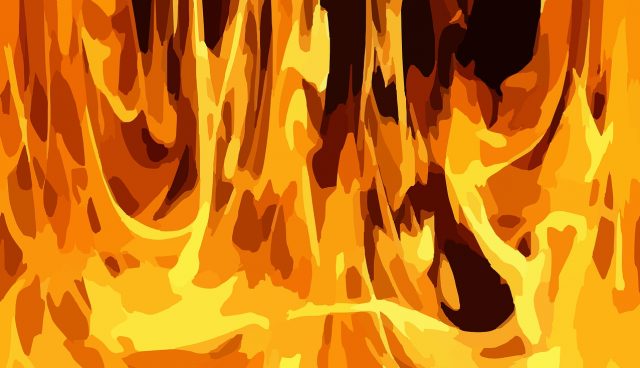 Many people know who Moses is, even among those who fundamentally do not believe in God or are atheists. Moses’ vision of the burning bush is one of the most famous and controversial moments in the Bible’s account.

As we know, Moses was addressed by the Lord from a burning bush.

One day, he and his flock made their way to Mount Horeb. The angel of the Lord, who had spoken to people before, such as Abraham and Hagar in the wilderness, and Jacob near Penuel, now appeared to Moses from a burning bush. The strange phenomenon caught Moses’ attention.

He had seen the dry bush burning often enough, for the fiery sun could easily set the dry branches aflame. It was all the more amazing that this bush had not been consumed in the flames. Moses said to himself,

‘I will go and see this great miracle: why does the bush not burn?’

The Lord Himself called to him from the bush, and at his command, he took off his shoes from his feet, for he was standing in a holy place. Then the Lord said,

Historians, involving doctors and biologists, have reviewed the whole sequence of events described in the Bible at this moment. Soon afterwards, they came up with an unexpected, truly astonishing, yet very possible theory.

The scientists insisted that this was merely a hypothetical theory – that is, one that had yet to be proven – but they caused a huge uproar in the religious and scientific world. At the same time, there were those in both camps who believed that it was actually a realistic idea.

It was suggested that Moses suffered from various side effects, either from a narcotic drink or from some kind of mind-altering drug. It could have been cannabis, for which there is evidence that it was used in the region at the time, both in the form of a decoction and as oil.

Another possible suspect was Ayahuasca, which is also a mind-altering ancient potion made from plants that produce psychedelic experiences.

Is it possible that Moses was actually stoned and the burning bush was nothing more than a wild hallucination?

There is no evidence for it yet, and it does not necessarily provide a perfect explanation for many of the mysterious, paranormal moments in Moses’ life, but hypothetically it cannot be ruled out that the Biblical moment was merely a figment of his consciousness…