Home In English Signs that we were not alone 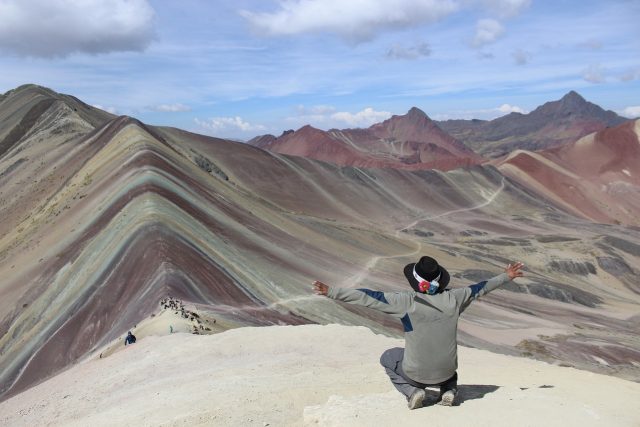 In December  2015, a vendor who sold antique artefacts and his friend found a place under a cellar in Peru. In this place, the remains of 20 strange creatures were found in two sarcophagi. These bodies are very different from human bodies. They were 60 cm long and their hands were elongated with three fingers. The X-ray test stated that they had the skeletal body and they had lived more than 1000 years ago.

The other reason why this discovery was so unique is the fact that the remains were very close to Nazca lines which are mysterious drawings in the ground conveying messages. Some people believe that those messages are sent to extraterrestrials. Could they be hybrids or aliens who were in contact with the Peruvian population?

The man who found the remains said that he had heard of similar discoveries when huge arms and hands had been found with long fingers. Is it possible that these are signs that giants lived in the area? These findings, however, were mostly legends because there was no evidence for the existence of those remains.

The discovery in 2015 shows that human-like creatures must have lived there probably mixed up with humans. But who were they? What was their purpose? Further discoveries hopefully will give more answers.

The message of artefacts

There are many artefacts and ancient relics which cannot be explained by mainstream archaeology. For example, most scientists think that some ancient statues depict Gods while others consider them aliens as they are strikingly similar to them.

Is it possible that we had a different past that we do not know about? Some ancient items are simply ignored as there is no explanation for their existence or function.

There are many other signs denote that we might have been visited by extraterrestrials in the past. It is believed that they were our creators and they guided us for millions of years after our creation to observe our development.

If that is the case, they may have modified our genes, alternate our evolution, sometimes by giving ancient knowledge to us. Is it possible that our technological achievements are the results of this extraterrestrial intervention?

Aliens from the space

Based on a theory, these beings left our planet and the solar system to find anther place somewhere far away. It is possible though that they will return one day. Until then, the only things they left behind are the unexplained artefacts from the past.

If we take a look at American and Sumerian carvings, we often see similar devices on them. According to some people they are highly advanced technological gadgets brought by aliens.

More stunning is the mysterious person who looks like an astronaut in a temple in Guatemala. Whoever is depicted on the wall, the person seems to have a space gear and there is fire around him. But it is not only Guatemala where artefacts reminiscing astronauts were found. There are carved statues unearthed in China and India which are very strong resemblances of astronauts.

Could he have been a person, going to space?

There are many other beings depicted on stone tablets. Some can be found in New Mexico and they remind some people of grey aliens.

Could civilizations like the Egyptians have had contact with extraterrestrials and could this fact have been noted on hieroglyphs, telling us that these beings had come from the skies?

One day we will hopefully know the answers but until then we can only continue exploring our past.