Home In English The day when they visit us 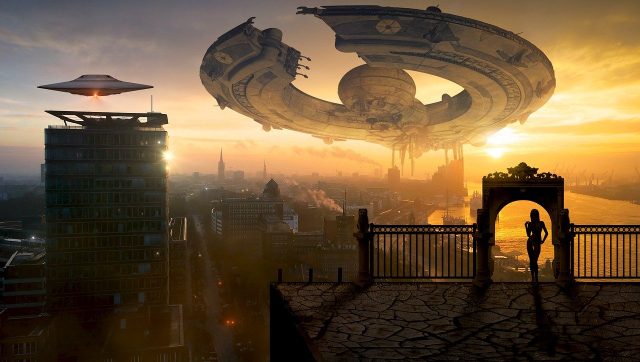 They are not only UFO researchers who claim that extraterrestrials are going to visit us soon but some people who have worked for the government too. One of them is Paul Hellyer, the former Canadian Defence Minister.

A few years ago he stated that they had been visiting our Earth for thousands of years and were from another star system. He also added that they would reveal their existence to the world.

This information was told by the state-run Russia Today news channel. Paul Hellyer also detailed that extraterrestrial life existed and that UFOs had been visiting Earth for a long, which were astonishing claims.

He also mentioned that because of his influence and position, he had great insight and had been given documents and files that could clearly prove the existence of extraterrestrials.

In his earlier interview, he claimed nothing less than that there was evidence that aliens existed and that this evidence was held by governments including the Canadian government.

Among other things, the former minister talked about how many alien species he believed could exist, the purposes for which they visit Earth, the reliability of UFO sightings and what humanity had received from those aliens.

Paul Hellyer also investigated many sightings when he was a minister; 20 per cent of the cases were unexplained and could have been real UFOs.

He said that there were so many verified cases that he could only draw one conclusion: they were extraterrestrials.

For example, in 1961, 50 UFOs flew from the Soviet Union towards Europe and the Allied Chief of Staff was on the verge of sounding the alarm when unidentified flying objects in formation turned towards the North Pole. The incident was subsequently investigated for three years and it was determined that the Earth had been visited by at least four different extraterrestrial species for thousands of years.

But he himself was also an eyewitness. 180 kilometres outside Toronto, he and his wife spotted something in the sky. The sky was starry, but there was a distinct point of light zigzagging across the sky, and they knew it couldn’t be a craft made on Earth.

He also added that he believed the Star of Bethlehem described in the Bible could also have been a spacecraft that led the wise men of the sunrise on a journey. In this sense, Jesus could have been a representative of a celestial civilisation.

According to the former defence minister, there is a humanoid race too and they are so similar to humans that it is difficult to say whether they are humans or aliens. He believes that they will visit us soon and the contact will change the human race completely.