Home In English The ghost of the University of Toronto 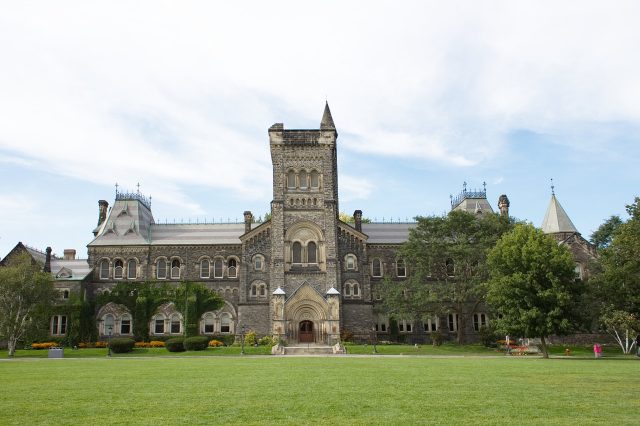 Ghosts often appear at educational institutes as well like schools and universities. People die in these places and their ghosts and residues are probably still connected to these buildings. We know about some Asian colleges and universities when students had to be evacuated because of a haunting. Ghosts can have a negative effect on our mental state, when that is the case, it is recommended to leave the place.

Dorms are not exceptions either. In this story, we are going to visit a Canadian educational institute. The University of Toronto was founded in 1827 where many ghosts have appeared. One of the famous stories is about Ivan Reznikoff, who worked there as a mason and died under very suspicious circumstances.

In 1889, a student comes across a strange person in the building while he was on his way to his room. The person wanted to tell him a story and asked the student to join him. They had a friendly conversation with some drinks. Then the man claimed that he was the spirit of Ivan Reznikoff himself.

Based on ghost encounters, it is possible that ghost can interact with humans. There is a way they can materialise, appearing in our physical world, being able to communicate with us. When that is the case, they often talk about their personal problems as a reason why they cannot focus on Afterlife. Certain problems still keep them here until the matter is solved. Our contribution often helps them to go on.

According to his story, he was killed by a man called Paul Diablos because he accused him of being the lover of his fiancé. He attacked Ivan with a hatchet. Ivan managed to avoid the hitting and the hatchet got stuck into the wooden door frame. This door still exists today. Then Diablos stubbed him on the back while he was running away from him and died. He also claimed that his body was hidden in a ventilation duct.

The student went to sleep but by the time he woke up, the mysterious visitor had disappeared. He considered the experience a bad dream. Later, however, a part of the building burned down and the bones of the mason were found.

After this finding and with the truth being revealed, the ghost hopefully has left in peace.

Image by maplelearning from Pixabay