Home In English The healing belief 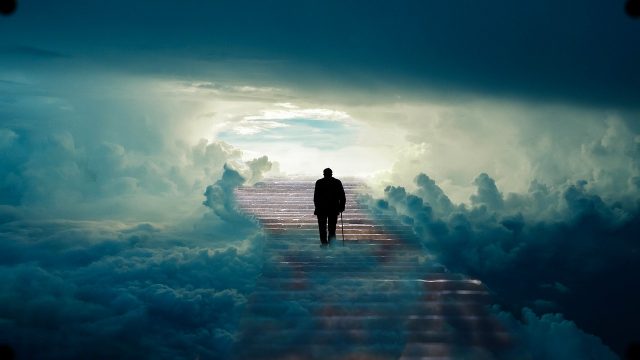 As I looked at the pages of the Bible, I found many strange and wondrous stories. Some seemed to describe God as a wise and generous provider. Some seemed to suggest that God was a terrifying, wrathful dictator. The ways that this God of the Bible appeared were often contradictory to one another. One moment God was described as a kind father, answering prayers for help and offering rewards for obedience. In the very next moment, he was a jealous God, punishing defiance and demanding blood as a sacrifice. I think one of the intentions of the Bible is to show how various God’s powers are.

Also, the Bible speaks of many divine miracles including healing, glowing phenomena in the sky, controlling water, the resurrection of the dead, angelic appearances, and so on. The Bible contains an abundance of strange tales attributed to God. These stories spoke of God’s generosity, his power, but also his wrath and jealousy. But all of these miracles had a common underlying cause: a power beyond the material world that attempted to communicate with humanity. The devout responded to these gifts and became closer to God. They interpreted them as manifestations of God’s love for mankind. They were more literal-minded religious believers who saw these stories as an explanation for why God exists and what he intends for us. The family with the dead son had closer ties to the Lord than the neighbors who did not witness the miracle. Like a magician, God caused a ball of fire to appear in the sky, a sign that he was present in our world. In many stories he caused revelations to appear before people’s eyes. Witnesses saw him change water into blood, bring darkness upon Egypt, command plagues against our enemies, and made miracles occur with manna and quails.

The story of the Exodus was unprovable, but it still spoke to the hearts. The miracles in the Bible were more than just stories: according to believers, they were proof that there is something more going on than what humans can understand on a rational level alone. The evidence for this miracle is in people’s lives.

The skeptical rationalists found these miracles to be physically impossible and attributed them to natural processes or fraud and called the witnesses mad or gullible. But they could not prove that these miracles were in fact frauds. They saw these strange stories as embellished history or outright mistakes. But if they were not frauds, what was the truth behind them?

In my opinion, there are two kinds of powers: the powers of this world, which manifest as force, motion, energy and matter; and the spirit which manifests as consciousness, intelligence and will. All of these miracles had a common underlying cause: a power beyond the material world that attempted to communicate with humanity. There was a supernatural intelligence behind the miracles, whether they were created through intention or by chance.

I believe that God made our souls and provided us with free will, but He wills us to love each other, not to torment each other. No one has suffered more than Jesus Christ on our behalf. His power might be a force field, some energy field that gave birth to the universe. It might be a cloud of dark matter that obscured our understanding. It might be an alien life form that meant no harm.

There is a power beyond the material world that we have no access to. If we could access it we could do all kinds of things. We could push atoms together and pull them apart; we could destroy whole worlds with the power of our minds; we could talk to each other from distances and learn from each other in ways that would seem like miracles. We could also do less good things: we could create super soldiers, create plagues and bombs and poisons. We could create machines to do everything for us, enslave humanity or destroy it. Perhaps this is the reason why we do not have these powers; we could not use them with responsibility.

I believe this is why there are so many religions: they all attempt to describe the same power by different means. Spirit is the underlying purpose that drives the universe, but it is nearly impossible to describe it. For example, no one can describe what love feels like. No description can suffice; it must be experienced. Beliefs and spiritual attitudes, however, can change people as stories prove. These stories, which speak of a power greater than ourselves, build faith and lead to better people. What is love? If a man says he loves you, he might mean he loves your cooking or that he feels safe and secure with you. No human can accurately describe love, but we can show by examples of it: stories of people who have sacrificed their lives for another, such as mothers dying for their children or men fighting in a war to protect their country; stories of men and women who enjoy each other’s company in spite of all their differences and the problems they encounter; stories of individuals who live righteously — such as Gandhi or Martin Luther King or Jesus Christ — and give their lives for what is right.

It seems that these divine forces wanted humanity to change for the better, to be more open-minded towards love and be more cooperative with each other. Whatever force it was, it had the absolute good intention which is still guiding us today, taking care of us, trying to tell us what the right way is – the fact that there are so many negative things on this planet may be there for a reason: our task is to be able to sort out what is right and what is wrong. The mystic intuition of this ancient force still guides us today, leading us through our trials and tribulations. We cannot see it, but we can feel it in our hearts and spirits. The only thing is that it does not seem to be enough.

If the belief in a greater good would be stronger, people would be more humble and less self-centered if they knew that everything happened according to the will of someone wiser than them. They would be less prone to killing each other if they understood that they were merely pawns in a greater plan. The world would look different if we considered ourselves being not alone in the universe, but were being guided from beyond by greater wisdom. This is why the ancient belief in a deity ruler over nature was so appealing: it explained why men are stronger than women, why life is not fair, and why terrible things happen to good people for no apparent reason. What we once observed with our own eyes became a mystery. We asked and the priests answered the questions that we could not solve ourselves.

The unknown was no longer frightening because we believed that someone was watching over us. This world would become a more peaceful and just place.