Home In English The Sajama lines 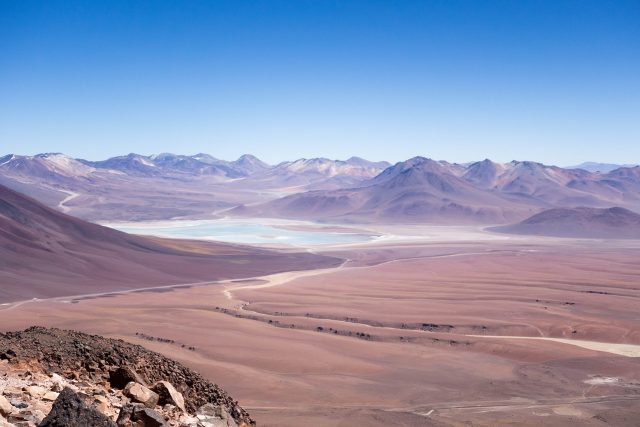 In Bolivia, the legendary Sajama lines are considered one of the greatest of the countless mysteries.

Anomalies in the country’s western region have baffled archaeologists and researchers for decades. These are straight lines which are interconnected like a web and their origin is still unknown.

The lines were first attributed to an ancient tribe living near the Sajama volcano. The tribe lived in the area for nearly 3,000 years and lived in mutual harmony with their environment. However, there is no historical record of them creating the lines. Moreover, satellite images have shown that the lines all form a perfect straight line and it is hard to believe that they could have created nearly 10,000 lines 3,000 years ago that were all geometrically perfect. So the big mystery remains, who created the lines and why?

Not only is the origin of the lines unknown to science, but also their purpose. The lines are on average 1 to 3 metres wide and nearly 18 kilometres long, often interconnected so that in satellite images they appear to form a kind of tangled but ordered network.

They cover an area of nearly 7,500 square kilometres, making the anomaly fifteen times larger than the infamous Nazca Lines.

Interestingly, it was not possible to explore them until satellite technology made it possible on a more serious scale. That is why, in recent years, the area has come under the spotlight, with everyone trying to find out whose work it is and why it was made.

Many people believe that, like the Nazca lines, it is an ancient airstrip. It could have been a kind of hub, a kind of ancient airport for aliens who visited our civilisation in their huge spaceships. The ancient airstrip theory is supported by the fact that various metals dating back more than 3,000 years have been found in the area. However, it has not been possible to prove whether these metals were produced artificially or by geological processes.

Such a heavy structure is very difficult to be held so it is possible that it was landed on its bottom, instead of its feet.

Is it possible that the network of lines is an imprint of the underside of a giant interstellar spacecraft? There is, of course, no evidence for this, but many people still believe in the plausibility of the theory.

The lines may have been formed by the landing and take-off of spaceships and other flying machines nearly 3,000 years ago.

Despite the current confusion of the lines, some researchers suspect that there was some kind of hierarchy, or system, in the lines.

Others believe the lines are the work of the gods – who were probably aliens and they burned the huge lines into the surface, which contain a kind of mathematical code.

The mathematical code has not yet been found, but many have noticed certain regularities in the lines.

There are also wilder theories that lines describe a missing chapter in the creation story in coded form, with specific references to the origin of God.

The origin of the Sajama lines, therefore, remains a mystery. We can only hope that in the coming years and decades researchers will discover how they were formed and, if they had a purpose, what purpose they served.

Image by grebmot from Pixabay -en.