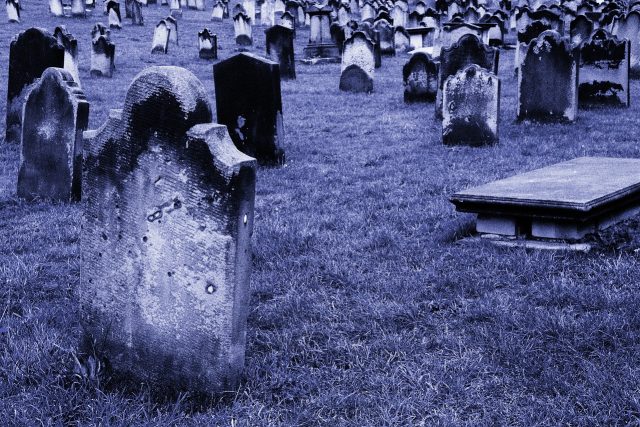 Based on several reports, there are two possible things which can happen when we die: either we immediately get to the Afterlife or we are trapped here. In most near-death experiences (NDEs), there are loving, otherworldly beings around us that help us get to the other dimension. On the other hand, we have all heard of ghost and haunted places. I believe many spirits do not recognise that they have died or for some reason, they do not want to accept death, do not want to. What is behind this phenomenon?

Those spirits which remain on Earth for these reasons I would call remnants. They are trapped spirits; trapped by their emotions or unsolved problems of their past life. They are unable to let emotions or feelings go, which keep them here. They are prevented from finding the way to Afterlife and refuse help from other beings because their personal goals are not fulfilled. Remnants are different from other spirits from the Afterlife because they can visit us whenever they want; remnants are always here in non-physical form; however, the way they sense is completely different from us: they probably do not sense time and space. It might seem that they have been here for long but they may perceive this time as a minute. However, according to some mediums, trapped spirits perceive their existence as a foggy, vague state. They do not exactly know what is happening to them; they are the prisoners of the physical dimension. And the reason why they move objects or disturb electrical appliances is that they want to call attention, to initiate communication.

The personality does not want to accept that he or she died. It does not want to recognise the fact of having died, which makes the passing difficult or impossible. They have not left our physical world. Fear prevents death itself, which is harmful. So these spirits have to come to terms with the fact that they have died. However, after a while, when they are no longer dependant on their problems and have true intentions on going on, that would happen sooner or later.

Let us see these possible reasons:

I think that death sometimes comes very unexpectedly. As a result, the spirit cannot leave its body behind easily. Cemeteries probably often attract remnants because memories and feelings are not only connected to objects but the body itself. So the person cannot leave the physical reality easily, his strong bonding creates his own barrier – keeping the remnant near its body. The reason for these situations can be accidents, crimes or other unfortunate events as well. They still insist on our physical world after death and they stay with their own bodies, not being capable of breaking up with them.

But the body is not the only thing which can keep spirits here. Some of them may love their house too much or may have an emotional connection to their everyday objects. We occasionally experience otherworldly experiences with old houses or items when buying it. These spirits are connected to certain locations, producing spiritual haunting.

Intense emotions generate bonding to certain things in our life. I think this bonding can be so strong that it survives death and still acts after that. These emotions keep spirits here and they became remnants. For example, someone loves somebody so much that the person’s spirit is not able to leave this physical world. Longing for those left in the physical world may be so intense that these feelings keep the remnant here, focusing too much on this connection and not letting things go. However, I believe love is eternal and never goes away, but the bond must cease. Is it possible that remnants have no idea about that? Are they worried that love will cease if they move on?

We often hear from mediums that some people are guided by their passed away relatives or friends. I think love attracts these spirits to their living relatives as magnets: they cannot let them go, providing emotional support and watching them – even though they cannot intervene our physical world – however, their presence is sometimes perceivable.

Now, the question is, how long do these spirits stay with the living ones? In my opinion, they stay with us as long as we live. When we die, they guide us to the Afterlife and they finally enter that state – which gives a hint that these types of remnants are aware of the fact that they are dead; still, they are waiting for us to die too and we can go to the Light together. Their activity is similar to guardian angels.

The base of the same bond with the living people can be hatred as well: a spirit can stay with a living person if he or she hated him and cannot forgive him. For example, if the person was murdered or was mistreated or experienced unfairness during his life, his negative emotions towards a particular person can be so strong that it can keep it in our physical world, close to the person who harmed the dead. As a result, the spirit haunts this person – though not always physically.

As we see, negative emotions often prevent spirits from leaving our physical world. Hatred, anger, malice, loathing, jealousy, resentment are all barriers and keep them here. These are heavy feelings and it is often difficult to let them go. Once the spirit learns how to set peace in its mind and let these feelings go, it will be able to go to Afterlife. Mediums often help them to handle these negative emotions, preparing them for the passing.

It is also possible that some spirits do not want to pass through the tunnel because of shame. Being responsible for murders or the deaths of many people might make them feel guilty and they do not want to face their past actions, in return, they punish themselves.

We all have problems but when death comes suddenly, we often take problems with us. These problems may connect the spirit to our physical world so strongly that they are unable to leave our world and the spirit becomes a remnant. Problems with our relationships, financial difficulties, and unsolved tasks all have attraction; spirits can still focus on them after their death, which keeps them here.

There are several haunted houses and buildings where spirits cannot rest: they seek the solution of a problem. They often talk to mediums, telling them what obstacles they are fighting; if possible, mediums try to help solve the problem by contacting those who these spirits have problem with. Once these difficulties are solved, the spirit can go to the Afterlife and can rest in peace.

Some remnants are not connected to places: they just wander around, trying to find solutions for their personal problems. They try to contact the living people with more or less success. I think it would be important to help these remnants but most of us do not have extrasensory perceptions to perceive them, not knowing about their desperate wandering. Mediums are capable of sensing them and they often help them too.

We can find remnants at several places, there are probably numerous amount of them, wandering aimlessly, looking for their final peace. Cemeteries are typical sources of remnants where these spirits are still dependent on their bodies. However, when they realise that they died, they probably go away. No wonder that old buildings like castles, hotels, hospitals or mansions are also popular with ghost hunters: these locations often haunted by remnants. The reasons for their presence are the connections mentioned above. These places can be a crime or accident scenes where serious trauma was present in the moment of death. This unexpected event put a severe emotional burden on these spirits who are looking for a solution or justice.

All in all, let us see what the characteristics of remnants are:

What they feel is probably the incompleteness of their life on Earth and they can move on when their life is completed mostly by delivering a message or solving a crime. Because moving on is never complete without fulfilment.