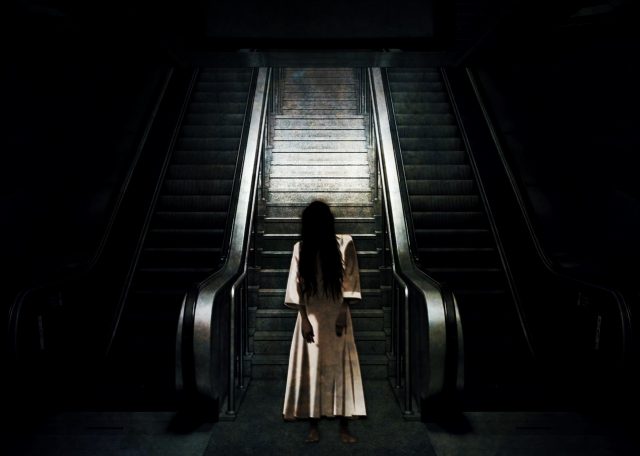 The idea was reintroduced by Henry. H. Price in 1939 and 1940. He claimed that objects around us are mediums between spiritual and physical reality and these object hold records on the past.

Following Price’s ideas, an archeologist turned paranormal researcher, Thomas C. Lethbridge, claimed that past events can be stored in objects thanks to fields of energy, that he believed to surround streams, forests or mountains.

I would say, they are not mental impressions but expressions. They are often the mental expressions of the personality triggered by a traumatic event. These residues are connected to a place to repeat the same thing over and over.

Spirits and residues are two different things. Spirits can visit us whenever they want, they have free consciousness and they are able to create mental constructions deliberately.

Residues are thoughts, the products of consciousness which remain on a mental level but their energy can sometimes be perceived. Mediums, sensitive people can sense the presence of these thoughts.

Residues do not have consciousness. Spirits do. This is the difference between them. Spirits visit us from the Afterlife intentionally while residues appear non-intentionally at certain locations like cemeteries, old hotels, mansions, hospitals, crime scenes, causing residual haunting. They might not even know that they exist. Once they were part of a personality.

So when ghost hunters go to investigate to haunted locations, they often do not meet ghost but residues or fragments of a person’s memory. Screams, voices, shadows, figures in hotels, hospitals can easily be remnant memories but not ghosts.

At the end of the 19th century, paranormal researchers like Edmund Gurney and Eleonor Sidwich claimed that ghostly phenomena are connected to certain places. They theorised that buildings, plants, objects can store the memories of past events and it can be sensed by gifted individuals.

In my opinion, this is partially true. Residues come from the mind but they are not stored in objects but are connected to them. These residues store emotional energy which can consist of desire, love, hatred and so one. These emotions are connected to a certain location or object and they become inseparable. When we visit a haunted building, we often experience the presence of these residues inside the building as they are connected to the walls, the carpet, the posts, the stairs and other objects. As a result, they produce residual haunting. This is different from spiritual haunting when trapped ghosts – remnants – are wandering about for different reasons.

Spirits do not have conscious focus on our reality – this is the difference between spirits and them.

The creation of residues

In order to understand how residues are created, we need to understand how thoughts are manifested both in physical and mental reality. In our physical world, our body is in direct contact with thoughts. Thoughts are created by brain activity. In mental reality the consciousness has a direct thinking process: everything it thinks of get manifested at once. There is no hosting matter. When we, humans or a spirit think about something, it gets manifested in the form of mental-residues without exemption. However, spirits can control how much of their consciousness this residue should possess. The more consciousness it has, the more decisions it can make and the more independent it will be.

The residue is always the manifestation of the personality. Memories are not conscious. Spirits are. This is the difference between them. Ghosts visit us from the Afterlife intentionally or are trapped here while residues appear non-intentionally. They might not even know that they exist. They are part of a personality.

Living people always radiate thoughts to the outside. We can also radiate these thoughts and if they have enough emotional intensity, they can appear in the form of residues for somebody.

They are the everlasting remains of our emotions. They outlive us and never stop. They are the silent representatives of our personality. They will always remember the moment we created them, carrying the residues of emotions left behind, regardless of their nature: happiness, delight, ecstasy, joyfulness, sadness, depression, grief, sorrow or darkness.

They are everywhere. They carry the feeling of a particular moment of the present or the past. If you listen to these feelings, they talk to you. They are the talking memories.

Residues are in the transition between mental and physical states.

So as we see, they are created by the mind. But the more intense the thought is, the more emotional energy it has, the more perceivable they are. This way, intense feelings and emotions like obsessive love, trauma, depression, hate can cause it.

These thoughts all have their own realities and they remain mental or became physical. The residues are basically in mental state but when they are amplified by an object they became physical for a while. This is when we are able to sense them.

Following this train of thoughts, our environment is continuously full of residues coming from us and spirits but we cannot sense them. However, if we listen carefully, there are perceivable signs: changes in temperature, wind or other physical factors. One of the most typical sign is when the temperature suddenly drops in a haunted room.

I believe we will be able to detect the presence of residues with high-tech devices some day in the future.

When a ghost communicates with you, it can do it telepathically. You will be able to ’hear’ his or her thoughts while residues only have limited consciousness with the fragment of emotions the person had at a particular moment. It means that you can feel them since they consist of emotions besides memories.

So basically, they are like secondary personalities – they do not have the full spectrum of original personality.

Now, you might ask where these forms of residues will appear?

There are two possibilities: either where you are right now (in this case you will make the place haunted and yes, it sound weird) or if you focus on a place, you can send it there. If you give strong enough intensity to it, it might even be detected scientifically. So we can make any places haunted. Crazy, isn’t it?

Actually, I am talking about things which are also known as thought-forms. They are taken seriously in Tibetian culture and they are sometimes called as tulpas.

But let us wait a minute. Does it mean that all our thoughts will appear somewhere? In theory, yes. Where would they go anyway? They already have a certain amount of energy, they are going to appear somewhere mentally or physically.

So, residues appear at places or objects and they repeat the same actions over and over again. They can also be in the form of events, animals, any kind of entities (whatever you can imagine) and even in the form of voices, invisible for the eyes. They are emanations from the person’s present or past life and they can be seen at certain places as they return there. The more emotionally charged they are, the more intense their presence is.

So I am talking about non-conscious creations. You might ask whether we are capable of creating anything? In theory, yes. Think about it for a second: when a ghost communicates with a medium, the ghost has a certain appearance  – this is the form that the ghost itself created for the medium to be visible. This way, you or anybody else can create any kind of residues as you want – because these forms are created by thoughts; living or dead, it does not matter. This way, we do not really differ from the dead.

Residues contain the traits of the original personality but the whole presence of the consciousness is not present. The person itself is alive and kicking but parts of his or her energy in the form of residue is being radiated and reflected by certain places.

So basically we ourselves also produce ghostly beings as residues. They appear at certain locations, depending on what we focus on, what we have an emotional bond with.

But what do residues look like? How can people see our thoughts and memories? Well, it is up to our emotions we radiate. Emotions can have all kind of appearance. If we are upset, our residue might end up like a monster. If we are panicking, our residue can be like a crazy old woman – and we do not know about it at all.

They consist of some parts of you. Since you are the creator, they will inherit something from you. It is like genetic inheritance: our residues inherit our personality traits just like genes inherit traits from their ancestors – the living or the dead as well.

Another thing I would like to talk about is the question of whether you can communicate with them. This is an important factor as this is what makes them different from spirits. Since residues only have a limited consciousness, most of them do not interact with us. They only have a certain appearance and often perform the same action. Ladies walking on walls of castles, ghosts committing suicide over and over, wandering ghosts of soldiers in castles, the same screams in old hospital: they are also residues, performing the same action. They are basically like movies: they play the fragments of memories of a once living person.

If the theory is right and thoughts can materialise, they can easily be mistaken for ghosts and even for more complex beings. It is possible that legendary beings like dragons, monsters, gollums, vampires, werewolves were in fact, the materialised imagination of the human mind. Because everybody starts to believe in the beings, the thoughts are getting loaded with so much emotional energy that it breaks into our physical world in the end and they will be perceivable.

The more people believed in fairies, the more thoughts interacted with each other, creating a fairy looking residue – as the materialised fragment of mass imagination.

For example, a lot of ancient Greek people believed in beings like Centaur, Hydra, Harpy,  Minotaur or Phoenix. What if their belief was so strong that it does exist?

Even modern mysteries like the bigfoot, chupacabra or reptilians. What if they are a just emotionally charged thoughts?

It is even possible that other creatures like the Mothman in West Virginia or the Jersey Devil in New Jersey were in fact residues of the human mind? Let’s suppose the theory is right: in that case these beings are fiddling around with a limited consciousness.

Now let us make things more complicated. I believe that residues can not only be created by one single person but more as well. The more people think about the same thing, the more stable and conscious residue they can produce. In this case, several thoughts are added together because thoughts attract each other. Having gathered, the thoughts form a residue based on what there is in our mind. This is how complex residues are born.

So complex remnants are legendary beings because they probably are the product of mass imagination: they were so popular, their presence was so strong among cultures that they must have been charged with a gigantic amount of emotions.

I believe that the our biggest discovery would be to experience the power of thoughts. What if could create literally anything by focusing on all at the same time? Could we handle such a thing with responsibility?

In summary, resudes have the following traits: