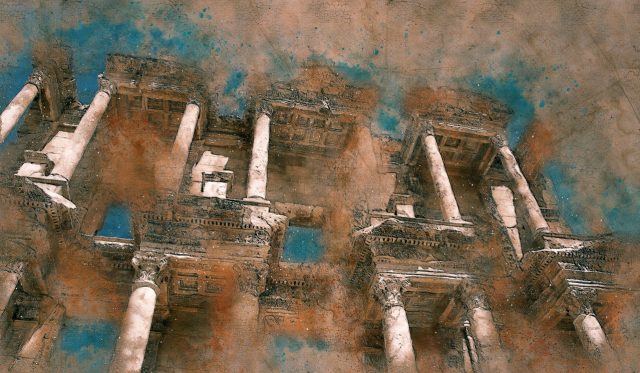 There are ancient places on Earth, hundreds or thousands of years old, which were cultural centres and preserved the written form of knowledge for eternal memory. Were they the ultimate source of ancient technologies?

These places have accumulated an incredible amount of knowledge, some of which could and may have hidden technologies and knowledge from civilisations that have transcended mankind.

This library is often just called the Hall of Muses. It was the largest library in the ancient world, with an incredible wealth of knowledge concentrated here.

The library grew in size over time. Its growth was most significant during the reign of Ptolemy III. He was also responsible for the decree that all incoming ships were to be searched and copies made of any books found there for the library.

The original purpose of the library, apart from collecting books, was to facilitate the work of the scholars working in the Musée.

For a long time, this library was under-recognised, but its value was finally recognised in 2014, when it was declared a UNESCO World Heritage Site.

The complex, located in what is now Turkey, is an ancient complex that once housed a Greek city, and also hid and enriched ancient knowledge.

Eumenes II was a highly educated ruler who founded the library. The Egyptian Ptolemies forbade them to export papyrus because of rivalry.

Under this pressure, they developed parchment, which is a bleached, thinned sheet of animal skin suitable for writing on both sides. Parchment sheets, unlike the earlier scrolls, could be used in book form.

The library was founded in Xerxes and is believed to have been the last great historical library of the ancient world.

It was the last place to house ancient documents and relics, the body of knowledge that contains the imprint of the ancient world.

It was founded at the time of the Byzantine Empire. Even after the destruction of the two above-mentioned libraries, it preserved a wealth of ancient documents and was full of Greek and Roman knowledge.

Image by efes from Pixabay